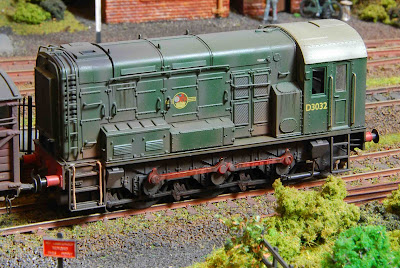 I'm just putting the finishing touches to my latest feature for Model Rail magazine, to appear in issue 161, demonstrating a number of ways in which the Bachmann and Hornby Class 08s can be improved. Six '08s' have been treated, 4x Bachmann and 2x Hornby, ranging from an as-built 1950s example, to a Freightliner-operated 'Gronk' for the 21st Century. Here are a few images, giving a sneak preview of what's involved... 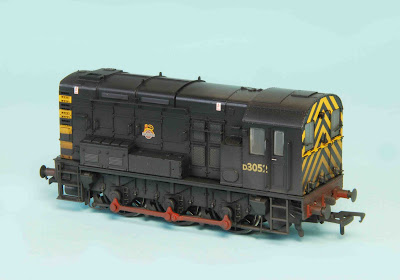 One of the models that I've been using is this lovely black number with wasp ends. This is a Model Rail limited edition model from Bachmann and represents D3052, a loco that managed to retain its 1950s black livery into the 1970s, having received the 'new' warning panels and overhead wire warning stickers. Supplied factory weathered (this is how it appears straight from the box), I've since added some extra details, upgraded the cab interior and applied some extra patches of grease and oil here and there... See www.modelrailoffers.co.uk for more details on this splendid little model. 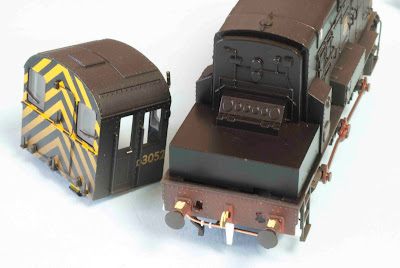 The Bachmann cab area before... 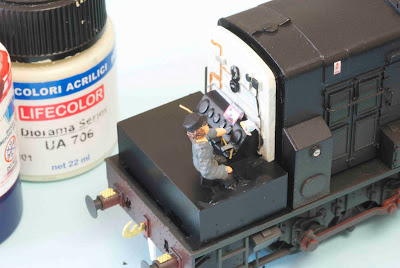 ... and after. Although the false floor precludes modelling the cab to its full depth, a cut-down figure and a suitably transformed bulkhead and console make a massive difference. 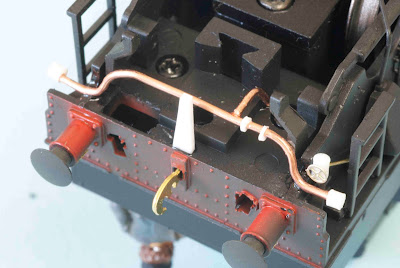