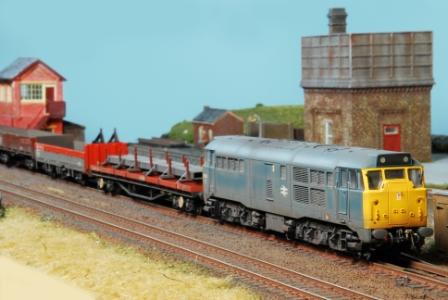 I’ve been adding the finishing touches to an array of steel-carrying freight stock, complete with realistic loads. Indeed, the making, painting and fitting of the loads forms the main thrust of the Model Rail article for which these vehicles have been produced. Look out for the four page feature in MR152, out on Dec 30th.

Most of the featured wagons are of the 1980s style of air-braked stock, intended to form part of my growing Speedlink collection. Much has been based on my memories of similarly loaded wagons observed at Arpley Junction (Warrington) in the late ‘80s/early ‘90s, especially the pipes and coil consignments and I’m thankful for Bachmann for offering some suitable – and authentic – wagons in its range; most notably the BDA bogie bolster, plus the OBA and OCA 4-wheel opens. Some of these have been picked up in whatever livery I could find for the lowest price and repainted accordingly in plain ‘Freight Brown’ or the fetching Railfreight grey/red scheme. There are also a few Cambrian Kits’ OBAs knocking around, along with a pair of Hornby OAAs, although the latter really need new chassis to replace the fairly basic renditions of the Margate-built models (which I’ve had since the 1980s).

Steam-age vehicles and loads are also considered in the feature. With another nice Bachmann product – the BR ‘C’-type Bogie Bolster – forming the basis of a quick and easy project. Making use of scrap or improvised materials and off-the-shelf products, I’ll be suggesting a number of methods of creating realistic loads, along with tips for painting and weathering, plus some ideas on how to secure the 'metal' to the wagons in the most prototypical way. In the meantime, here are a few preview images...

The 1980s are back in vogue in many ways – music, fashion.... But the only good things about the 80s that I remember are Liverpool FC being the best team around and British Rail introducing some colour into the Railfreight scene with bright red/grey wagons and locos. I’ve been slowly building up my collection of 80s-style freight stock in order to recreate various Speedlink services to be hauled by a diverse range of traction, especially Classes 20, 31, 37, 40 and 47. I've still got a lot of work to do, though. 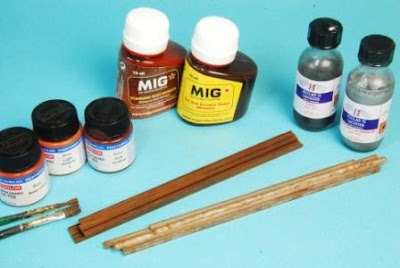 Tubes, angle, girders or plates can be created from Evergreen material and, as long as the painting is convincing, it’s a quick way to a highly realistic wagon load. 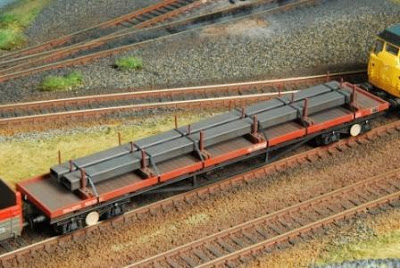 This Bachman BDA is carrying 2 strips of hollow steel rectangular section, created from simply painting some strips of Evergreen styrene. 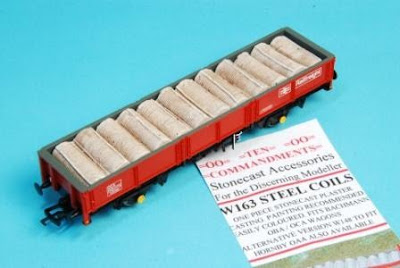 At the Warley show last week, I picked up a number of useful bits and bobs for this (and other) upcoming MR features. Amongst them was this great stone-cast block from Ten Commandments. It’s tailored to fit snugly inside a Bachmann OCA or OBA and represents a load of steel wire coils. All you need to do is paint it. It’s only £3 – great value! 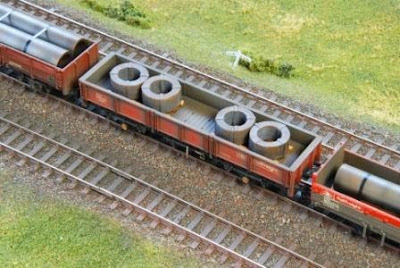