A BRIDGE IN SUSSEX 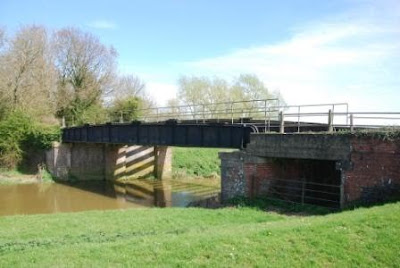 A most attractive combination of brick arches, concrete and cast iron make this bridge an attractive modelling prospect.

Having just returned from a week’s stay in West Sussex, I’ve now returned to a backlog of modelling projects that I’m determined to clear. Top of the pile is a group of Class 66s to repaint and detail, including two in the brash Colas colours – in OO and G scale. These are in the later stages of final painting and finishing and will feature here very soon. Also with a high priority are a clutch of Gronks (or Class 08s), some being repainted and others detailed or modified slightly. I’ve also received a rough edit of the new Model Rail DVD to view and plan the missing sections, for further filming in the next few weeks.

The jaunt down to sunny Sussex wasn’t purely a holiday, as I was teaching a couple of courses at The Airbrush Company’s HQ near Lancing on the South Coast. Both days were full and each student seemed to go away very happy. It was a very rewarding experience, not only being able to pass on some of my experience, but also seeing how each student improved their technique and confidence over the course of each session. I believe that next year’s dates have virtually sold-out already, with just a couple of places left on the ‘Airbrushing for Railway Modellers’ day. Contact The Airbrush Company for more details. The Dent Collective de-camped en masse to the South Coast for a Spring break and one of the highlights was walking the track bed of the former LBSC Shoreham-Horsham line. Passing through some lovely, unspoilt countryside, there are still a number of railway features still to be found, including this iron and masonry bridge. 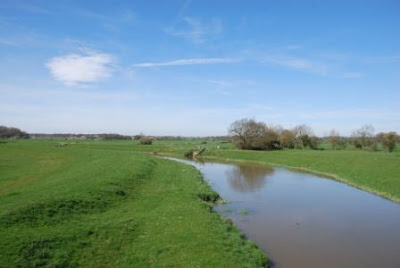 Looking inland from the bridge, towards Steyning, the rolling countryside of the South Downs stretches into the distance... 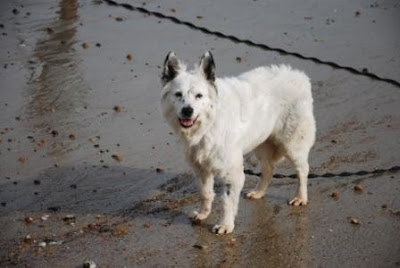 The other highlight of the week was watching Pepper frolic in the sea at Worthing!
Labels: Airbrushing bridge courses Pepper scenery teaching weathering