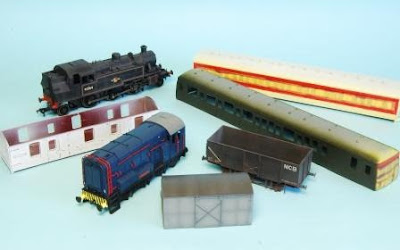 The past two weeks have seen some intensive work towards the next Model Rail/Telerail DVD project. Several long days of filming have been completed, with a few more days’ work to follow, hopefully working towards a summer release. More details of title, content and availability will follow later, but here’s a small selection of some of the models that are featuring in the programme.

Most notable is a Bachmann Class 08 in the attractive NCB blue livery. Although the Coal Board did operate a few ‘08s’ over the years, this is a fictional recreation for my colliery layout and is designed to complement my two NCB-liveried Class 14s. Also on the workbench during filming has been an LMS camping coach, a Departmental ‘bubble car’, an Ivatt 2-6-2T and an assortment of wagons.

I enjoy the challenge of creating instructional programmes but they’re not an easy prospect: coming up with an idea, planning out the format and writing the script can be time consuming, never mind the actual modelling work. Actually, getting absorbed in the practical work can often be the best bit, although working with a camera over your shoulder has its drawbacks, not least as everything has to be visible to the viewer. Precision modelling work is not easy when you have to keep your head and hands out of the way!

So, with a few hours’ worth of footage already captured, Telerail’s Phil Metcalfe will be working his editing magic to assemble the programme into a rough shape, allowing us to gauge what’s needed to fill in any gaps. Once the rest of the filming is in the bag, archive footage is sourced and added before the script can be written and passed to the voice-over chap for recording. After that, it’s time for a final edit before the sleeve is designed and printed and the DVDs pressed and distributed. As you can imagine, each Model Rail DVD can take many weeks and lots of effort to create. And that’s on top of creating the magazine. 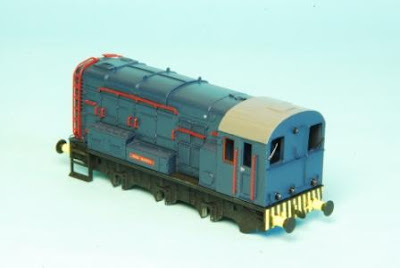 Salvaged from a number of scrap Bachmann parts and a refurbished power unit, this Class 08 is destined for the Maudetown Colliery fleet. 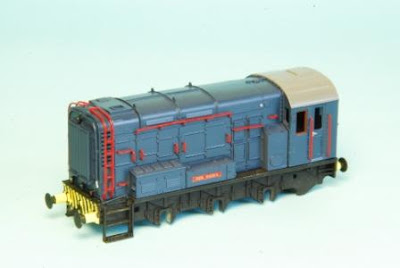 The Iron Maiden nameplates give away my taste in music – will it be numbered 666...?! 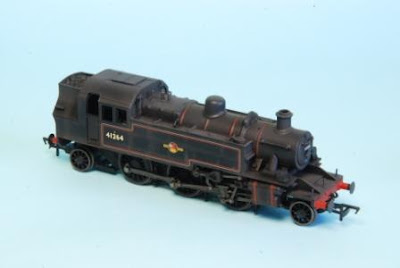 This Bachmann Ivatt 2-6-2T has had a very quick weathering job.