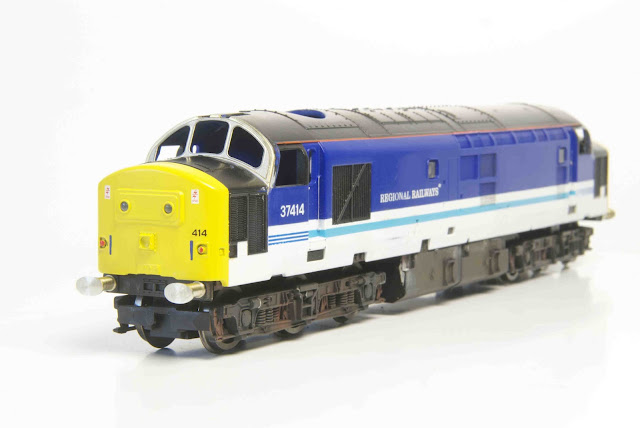 Having been consigned to a box of 'scrap' models for testing weathering techniques and materials, this Hornby Railroad Class 37 has been granted a second chance. After using it in one of my latest weathering classes, I wondered if something could be done with it, not least as my large collection of EE Type 3s is lacking a Regional Railways-liveried example. Especially as I have a pack of Model Rail's limited edition 'Reggie Rlys' Mk2s awaiting weathering.

So, with a new set of Shawplan/Extreme Etchings windscreens, new buffers and a few more etched bits to fit, the loco is starting to look more than a cheap trainset product. There's still a few incurable anomalies inherent in the ex-Lima moulding, but I'm not too bothered by them. Hopefully, once the full super-detail and weathering treatment has been completed, they won't be so obvious.

It took a while to rub away the layers of acrylic weathering paints that had been applied in the classroom and this has also served to distress the livery a little, which will help with the weathering stage. This is a decidedly 'slow burn' project, with no deadline - it's purely for my own amusement - so progress may be slow. But any developments will appear here in time... 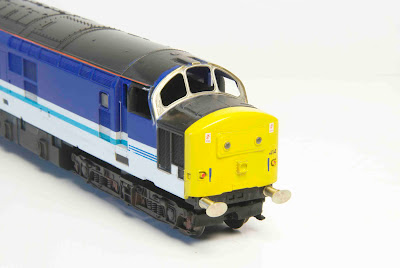