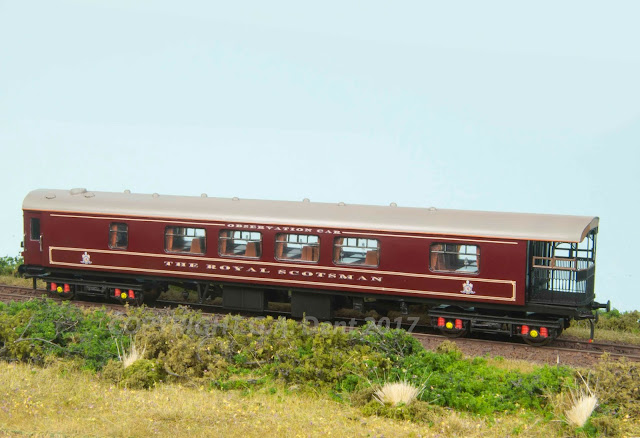 I've spent the last two weeks working on an interesting vehicle in the luxury Belmond Royal Scotsman tourist train. Based on a BR Mk1 Pullman car from the 1960s, the real carriage was substantially rebuilt in the 1990s, gaining a covered veranda at one end, from which passengers can enjoy the breathtaking scenery of the Scottish Highlands.

In order to achieve as accurate a model as possible, I had to graft sections of two separate Bachmann Pullman cars together, which proved great fun. The veranda was created from an excellent etched kit that's currently under development by Extreme Etchings/Shawplan. This builds into a surprisingly rugged, self-contained unit, that sits snugly under the roof. 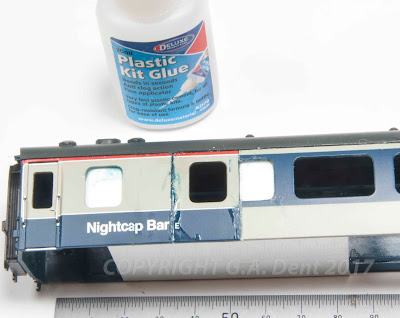 Alas, I ran out of time before I could scratch-build a whole new interior, so I quickly modified the existing plastic moulding for now. The real thing boasts an array of comfortable sofas and armchairs, rather than banks of fixed seating. But that's a job for another day.

The transfers are from the Railtec range, who can supply everything required for the entire train formation, including the locomotives. A full step-by-step guide as to how the model was created is appearing in the next issue of Model Rail magazine (233), out on March 9.