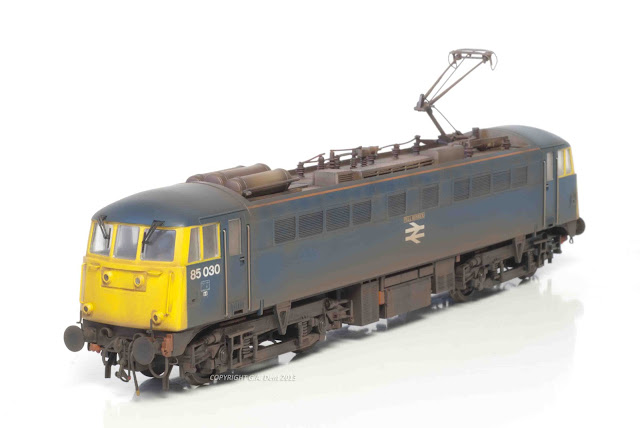 Here's a sneak preview of a Bachmann '85', freshly detailed, re-numbered and weathered as part of an article that will appear in the next issue of Model Rail magazine (MR183 - out on May 16). It's obvious why this model won the prestigious Model Of The Year award for 2012 and, despite being something of a gamble on Bachmann's part, I'm sure that many of us have been tempted to move into overhead electric subjects. Who knows, maybe a Class 81 or 83 may follow in the future? Or even the more unusual '82' or '84'?!

Anyway, this model has been re-numbered to 85030 and carries the unofficial painted-on name Fell Runner, as carried for a time in the mid 1980s. The TOPS numbers, BR logo and 'nameplates' are from Railtec Models and are superb. It was a good choice of name as the '85s' could certainly move, especially over the open ground of the West Coast Mainline north of Preston. I certainly have a few memories of them 'wazzing' by on relief workings and parcels stock. Being of a certain age and growing up in the North West, the blue electrics were everyday sights and, I must admit, the '85s' were probably my favourite as far as looks were concerned - very stylish!

A number of small detail additions have been fitted to the model, including buffer steps, lamp brackets, shrouds over the horn grilles, air brake pipes and the cab interiors have been painted and weathered to suit the late condition of the machine. See how it was done in MR183...! 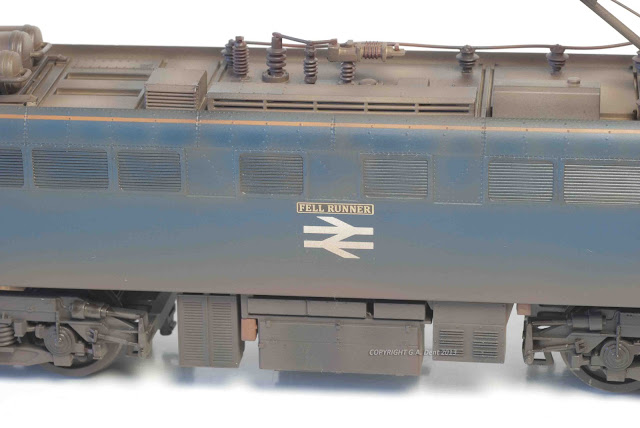