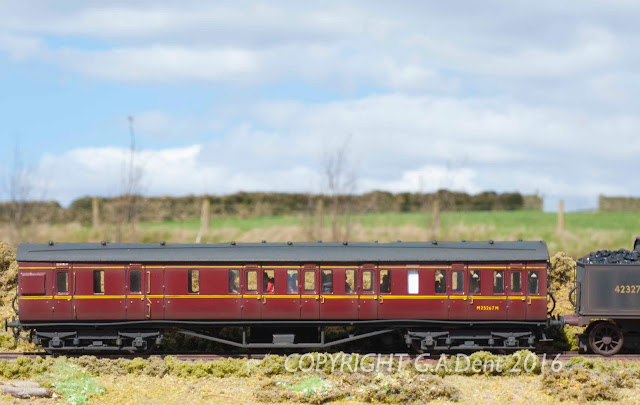 Although I ended up rushing the painting and lining stages, I'm not sure that it's obvious when looking at the finished model. It took a while to build up the Lifecolor acrylic BR maroon paint to a suitably deep finish, aided by copious fine layers of Alclad2 gloss lacquer. Lining was also carried out with Lifecolor acrylics (the straw shade) and a draughtsman's ink pen (the black bits). Further time savings were achieved by painting the chassis in its weathered shade from the offing - no messing about with a perfect coat of black first! The roof was treated in a similar fashion.

The image above was taken in daylight, from my back garden. Only later did I notice that the direct sunlight was causing the plastic foot boards to warp slightly. Once cooled indoors, they obviously returned to normal as I was none the wiser until uploading the photos.

I'm really pleased with the outcome of this project, with the finish far exceeding my expectations. Why have I been spending so much time on finishing my coaches the old fashioned way, for so long...? Seriously, though, it's hard to believe that this coach started out as a basic plastic kit bought for less than £10.

You can see the whole project described in the next issue of Model Rail (222), on sale 5 May. 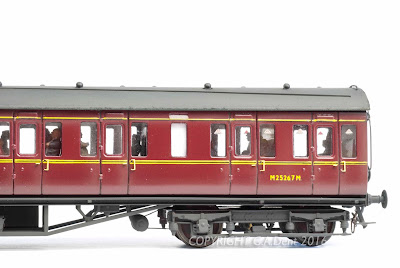 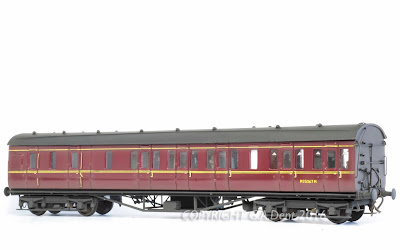 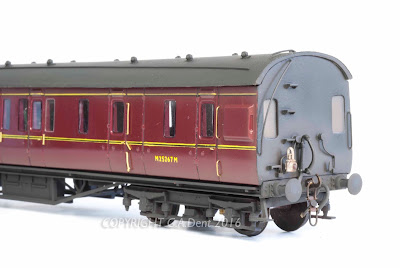