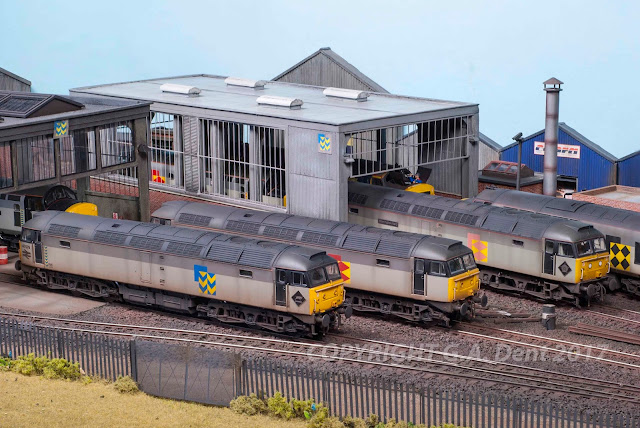 We’re marking a number of anniversaries in the latest issue of Model Rail this month, including 30 years since the introduction of Railfreight sectorisation. Marking a radical departure from previous British Rail practice and livery schemes, the new corporate identity was formulated by a leading design consultancy – Roundel – who had built up an impressive portfolio of projects for many leading household names and brands.

While the base livery of triple-grey was not the most ground-breaking, the various sub-sector logos, rendered in primary colours and using simple symbols and no wording, was a brave choice. Instantly recognisable and distinctive, it gave the state-owned railway's freight sector a modern, corporate look. Not surprising really, considering that privatisation was not far off.

To celebrate the scheme’s 30th birthday, a trio of Class 47s has been employed to demonstrate how to apply the livery from scratch or to amend an existing factory finish. There’s plenty of choice amongst paint and decal suppliers, such is the enduring popularity of this livery and I’ve used a mix of transfers from Fox, Replica and Railtec. Incidentally, all etched nameplates, depot plaques and BR logos are from Fox.

My particular favourite is 47311 Warrington Yard. Using a Bachmann model, already sporting the triple-grey scheme, I removed the Metals sector logos in favour of pre-faded Railfreight Distribution symbols, courtesy of Fox Transfers. Warrington Yard was one of my main youthful spotting haunts and I remember seeing this loco regularly around the turn of the 1990s. Incidentally, the name was transferred to another '47' soon afterwards, 47311 having suffered an accident and withdrawal.

47079 is also a noteworthy prototype, being one of the locomotives used during the livery’s launch in October 1987, at Ripple Lane depot. Having previously been turned out in lined green as part of the recent GWR 150 event, its sudden repaint caused not a little controversy. My model depicts ‘079 a few years later, since re-allocated to Cardiff Canton depot. 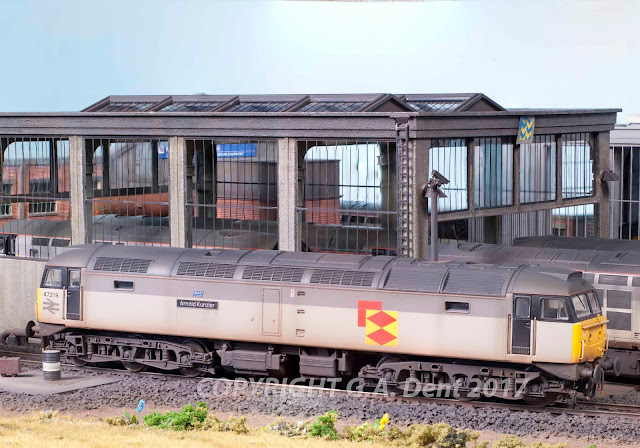 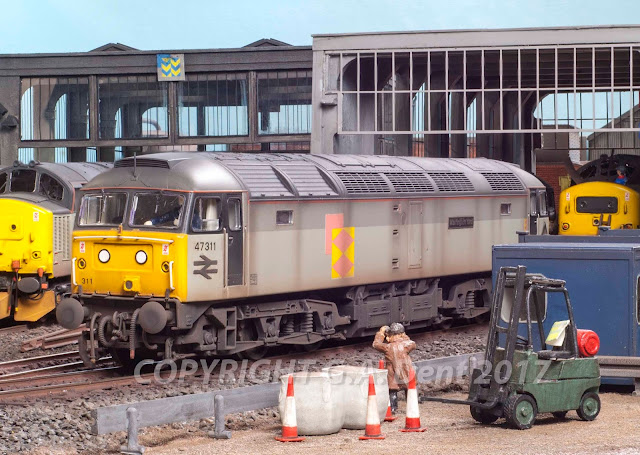