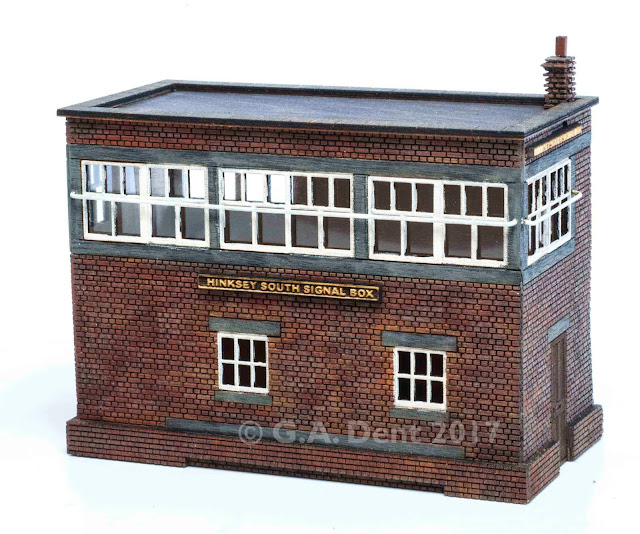 While on holiday in Devon, I popped into Osborn's Models in Bideford and had a mini splurge on 'N' gauge buildings and rolling stock. I also picked up a 'OO' gauge laser-cut wood kit from Arch Models, depicting a GWR Austerity signal box. Built during the war to replace structures damaged by - or at risk of - enemy bombardment, the style is often referred to as ARP, after the Air Raid Precautions of the time.

The kit, rendered in micro plywood, was good fun to assemble and paint (I used wood dye for most of the brickwork, applied prior to assembly). Look out for a review in Model Rail magazine in the near future. 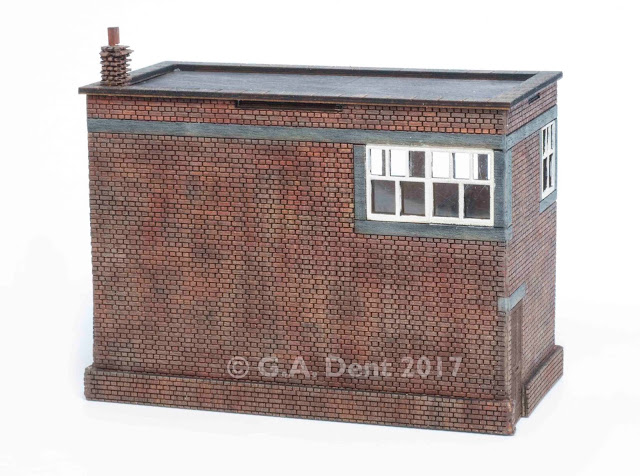