Goods shed repainted and (almost) ready for use. 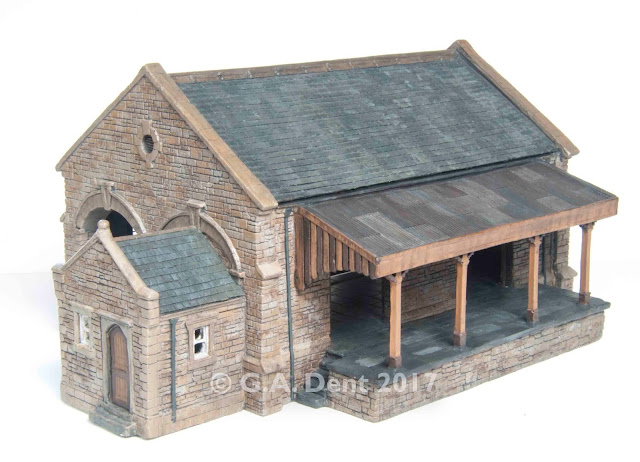 Back in June, I mentioned that I'd been renovating a wonderful cast plaster kit from the Townstreet Models range. Having repaired the damaged areas, filled a few gaps and constructed a new interior platform, the building has been completely repainted and weathered.

Originally, the stonework had been coloured with wood dye, but the shades were not quite right for the new layout project that I have in mind. This time, I was aiming for a replication of the distinctive yellow-brown limestone to be found around northern Derbyshire. Initially, I struggled to find suitable paints until the timely arrival of some new themed packs from Lifecolor.

The 'Stone Grey' pack features a half-dozen acrylic shades, which formed the base for the stonework, with a few other Lifecolor shades employed for extra tonal variety, from the 'Debris & Rubble - Europe Village' sets, plus some greys and Weathered Black for the roof.

The canopy and valance has been given a two-tone brown scheme - which needs some extra weathering - to set the building in the late-1960s-to-early-1980s era. There's a few little tweaks to take care of, but otherwise the model is virtually complete. Considering that I started on the building in 2005, it's about time that I finished it off properly! 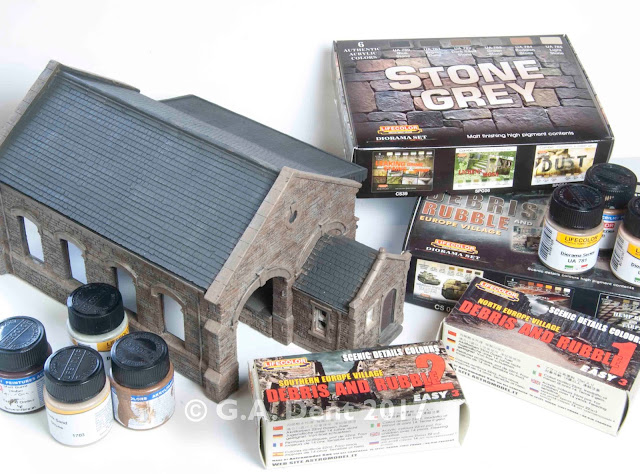 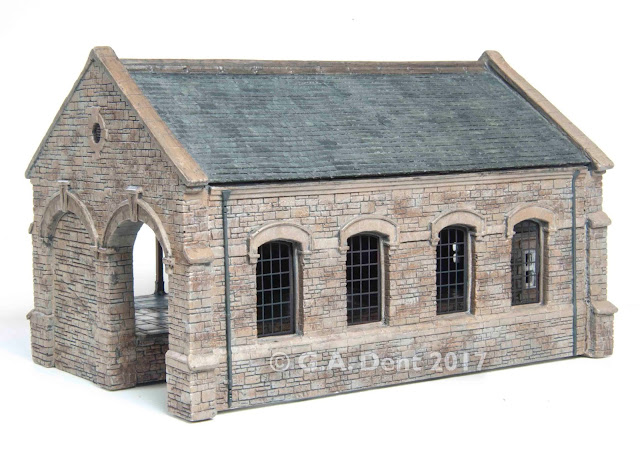