HAVING FUN WITH A FORTY

Bachmann model given a weathered look. 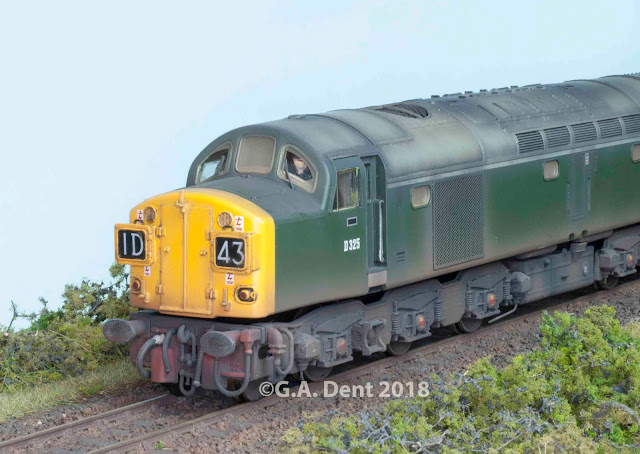 A few months ago, I picked up a bargain, pre-owned Bachmann Class 40 from Hatton's. Despite being one of Bachmann's earliest '40' models (dating back to 2005, I think), this example was in mint condition, looking like it had rarely been out of its box. While there are a number of detail issues with these earlier models - subsequently corrected on later releases - I still think they look OK, especially if you're not of an overly obsessive persuasion. Put it this way, at less than half the price of the newer models, I'm more than happy enough with this loco! Furthermore, it has added some variety to my existing '40' fleet, all of which are disc-headcode versions.

The original plan was to install a number of etched detail parts to the bodywork but, sometimes, I just don't feel in the mood for that kind of work. Instead, I sought to get the model looking as good as possible purely through applying a weathered finish. After a mix of enamel washes, textured acrylics and a modicum of airbrush work, I think it looks pretty good. 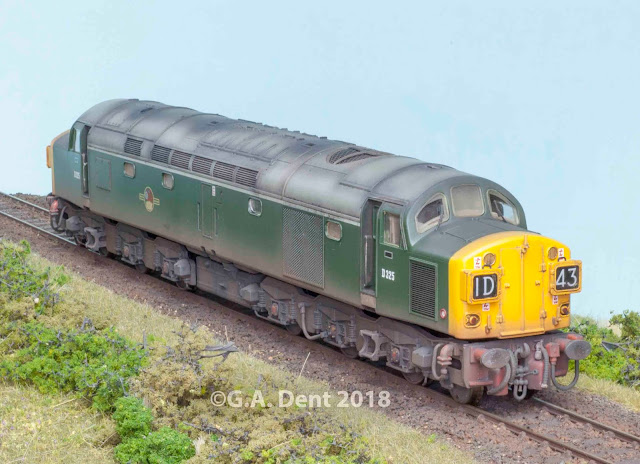