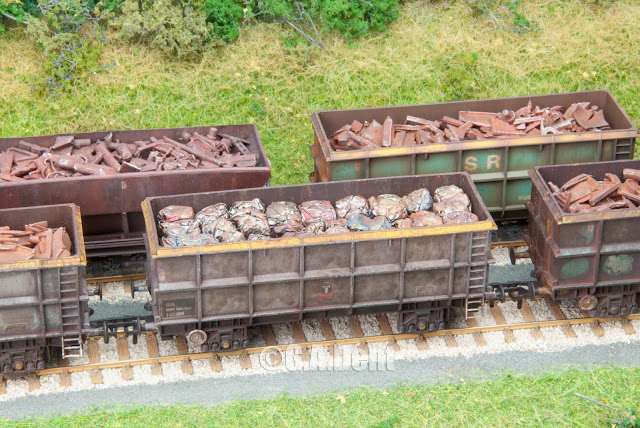 After creating mock scrap metal loads for a rake of wagons suited to the 1970s period, I've also been adding to my fleet of later British Rail-era vehicles. Using the Bachmann SSA/POA open wagons, plus the odd HEA hopper, a similar approach was followed, using up lots of scraps of plastic to create the payloads.

To add some variety, however, I wanted to try and recreate the look of crushed and baled scrap, which has been much more common over the past few decades. The idea was inspired by a demo in Model Rail magazine, about 10 years ago, by our 'N' gauge expert Ben Ando. He employed brightly coloured foil sweet wrappers, compressed into cubes within a Lego jig. The finished effect looked great, so I wondered if I could do something similar.

Instead of sweet wrappers, I plumped for the paper-backed foil wrappers from Tunnock's chocolate wafer biscuit bars. And I didn't bother with a Lego compression jig, relying on a mixture of brute force and a hammer. 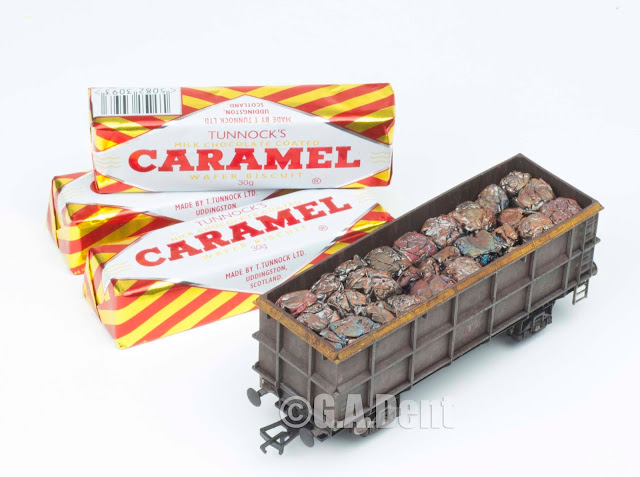 I've used these wrappers for various things in the past, most notably wagon and lorry tarpaulins, so I always save the wrappers in case they're needed. I probably eat too many of these things, but my stock of wrappers is amassed over years, rather than bingeing on them during a single modelling session!!

For the SSA wagons, I created a false floor for the interior from styrene sheet, which is removable, and this allowed the crushed wrappers to sit at a realistic height within the wagon. After securing the baled 'scrap' the whole load was primed and painted with AlcladII metallic paints, using a mix of Steel and Gunmetal shades, applied by airbrush. Acrylics were then harnessed to dry-brush some hints of colour and rust.

It took about 16 wrappers to fill one wagon, so it'll be a while before I have enough material to fill another similar vehicle. You can read more about my scrap wagon loads in the next issue of Model Rail magazine (MR271), on sale February 20th. 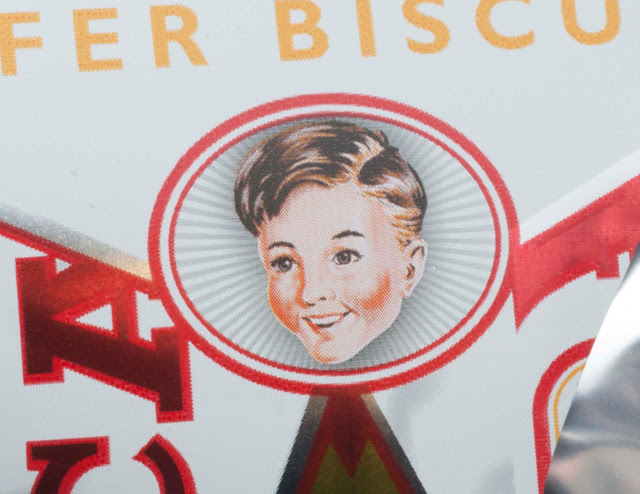