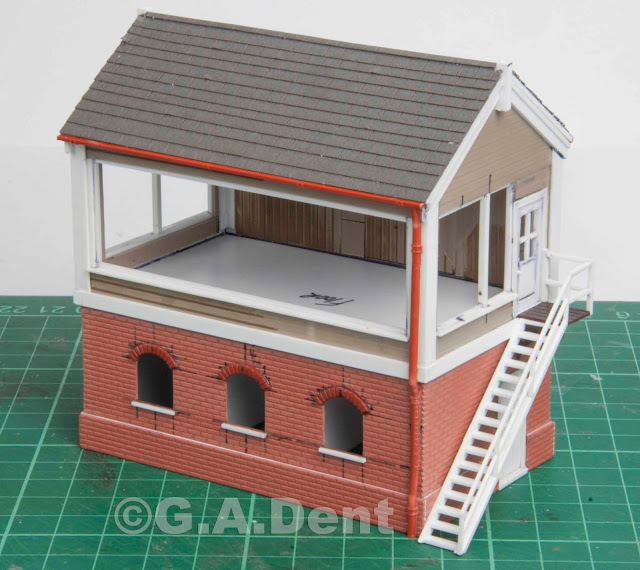 Me and my Model Rail magazine colleagues had been discussing ideas for our 'dream' layouts recently. My longstanding dream has been to recreate Warrington Bank Quay and the adjacent Arpley Yard, as this was where I did most of my trainspotting in the 1980s. But that requires an enormous amount of space. However, I did start to think about the low level line that runs underneath Bank Quay station towards Ditton/Widnes in the west. Freight-only since the 1960s, it was busy with coal trains to Fiddlers Ferry power station until very recently. Indeed, I used to walk and cycle parallel to this line for many years and have strong memories of the trains and local architecture.

Recreating part of this line, with the canal running beside it would be fun. Moreover, there was a swing bridge over the canal at Sankey Bridges which would make a very interesting layout feature. Next, the line passed Monks Hall steel works and, after that, it ran through the middle of Crosfields soap works. A public right of way has also existed through the works, on the banks of the River Mersey, so I often used to hang around and watch the coal trains weave amongst the pipes and factory buildings, passing a number of signal boxes and level crossings in quick succession.

With a bit of creative thinking, Crosfields Crossing could form the centre point for a compact layout, with the factory buildings providing a striking backdrop. There was once a few sidings here too, which could be included and a variety of freight trains could pass through the scene, including coal, steel, cement and chemical traffic.

The more I thought about this idea, the more I wanted to have a go. Without time and space to start building baseboards at the moment, a start was made on a scratch-built rendition of the signal box, based largely on photographs found online. I know that the ex-LNWR structure boasts 6ft tall windows, so the rest of the building's proportions weren't too difficult to work out. Luckily, I had all the necessary stock materials already, although a few extra bits and pieces have had to be improvised. 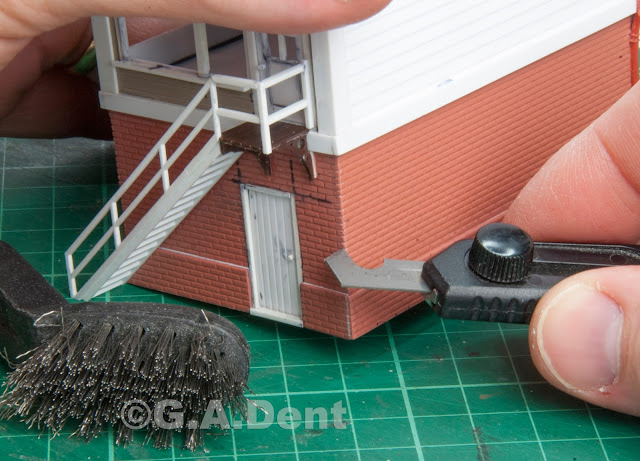 Built around a basic plastic card structure, textured overlay sheets have been added for the brick and timber sections. I took care to ensure that the brick courses tally at each corner, with the aid of a profile cutting tool. The same tool also allowed me to create my own tongue-and-groove timber doors and panels. Roof tiles are laser-cut, self-adhesive strips from York Modelmaking.

Everything went along swimmingly until I came to fabricate the windows. My original plan of joining strips of plastic, using a simple jig, worked ok, but the process proved too slow (and tedious). Also, they look overly thick, so I'm looking at an alternative approach. As the magazine deadline is imminent, I need to get my skates on. 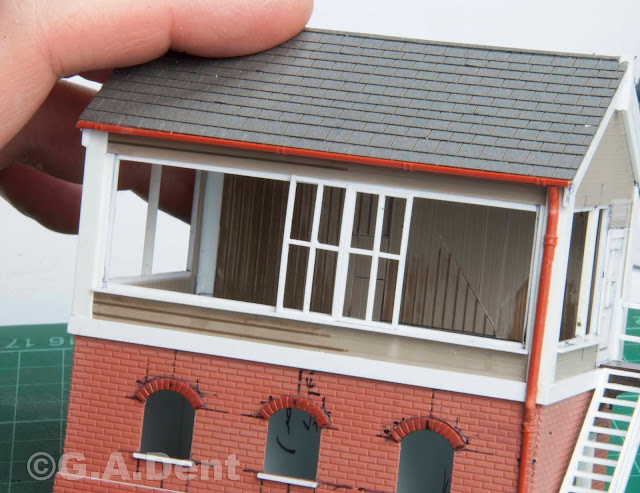