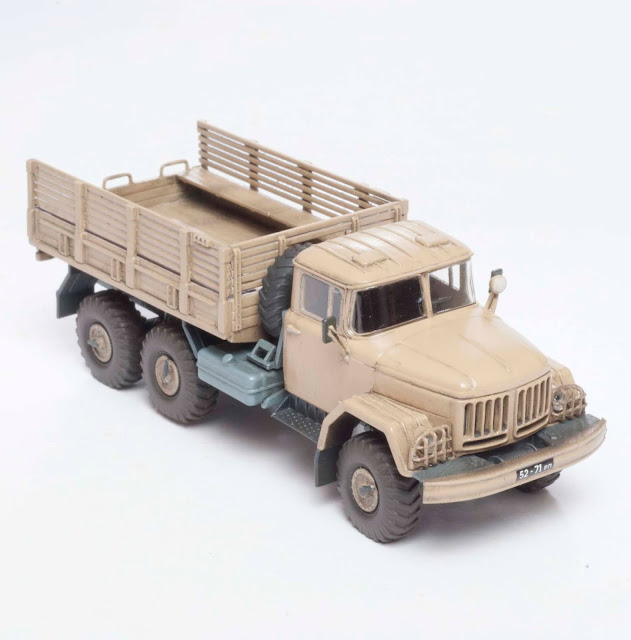 I've had a longstanding interest in Soviet era trucks and have been stashing away various kits over the years. What better time to start building kits than now?!

This is a 1:72 scale ICM kit, of a ZIL-131, a very important prototype that entered production in the 1960s. Designed with military use in mind, it was also pitched at civilian users and featured a six-wheel drive transmission and an incredibly flexible suspension system. All manner of variants appeared, from tankers to tractor units and production numbers were impressive for both the home and export markets.

The ICM kit is really good, with the parts cleanly moulded and featuring a wealth of detail. There's no engine, save for an outline of the underside that protrudes from the chassis, but the cab interior is nicely appointed and the complex suspension and transmission is rendered in full.

The colour scheme was applied with Tamiya aerosol paints - not an approach I usually follow on smaller models, as its easy to drown fine detail under a heavy coat of paint. However, a very careful application of light coats proved successful and a subtle weathering job finished things off nicely. 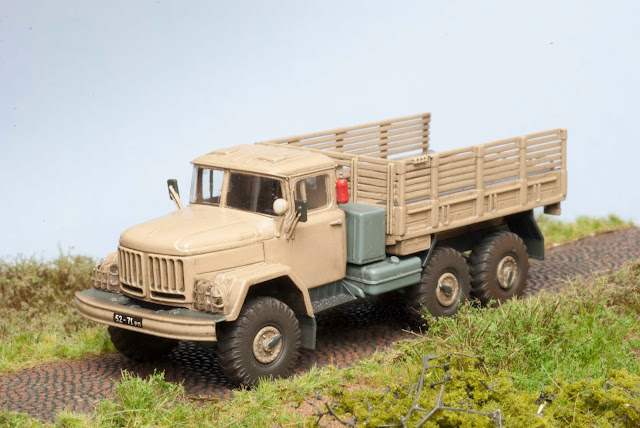