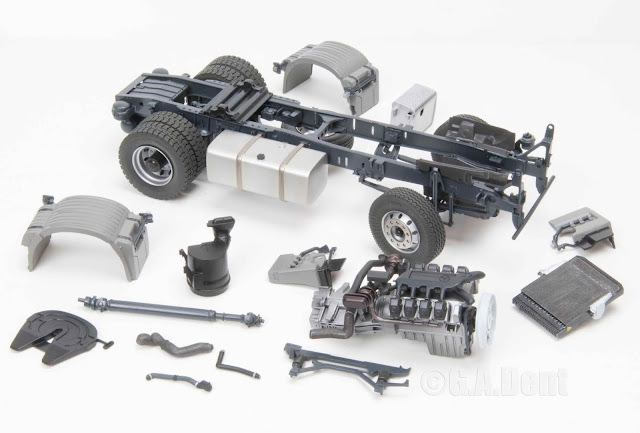 Another of my 1:24 truck building projects is nearing completion. In contrast to others I could mention, which have been ongoing for a couple of years, this one has been more of a concentrated effort. Indeed, work has been going on for about two months so far, on and off. The subject is Revell's Mercedes Actros MP3 kit (also available in Italeri's range), which is a superb package. My brief was to build the Actros in showroom condition, with a metallic silver paint job to the cab and using the amazing decals supplied with this particular release, which feature a variety of native American figures and scenes (more about that in a later post).
However, here are some images of the various chassis and engine sub-assemblies, before and after they were fixed together. An awful lot of work has gone into these elements, especially in terms of creating subtle contrasts between the various metallic finishes. The engine alone was treated with half a dozen different Alclad2 and Darkstar metallic paints. And the fuel tank seemed to take an age to get right, eliminating the unsightly seam between the two halves completely. Pristine, shiny metallic finishes can be unforgiving of any surface imperfections and I'm not going to be able to use weathering as a 'cure' for any tardiness. 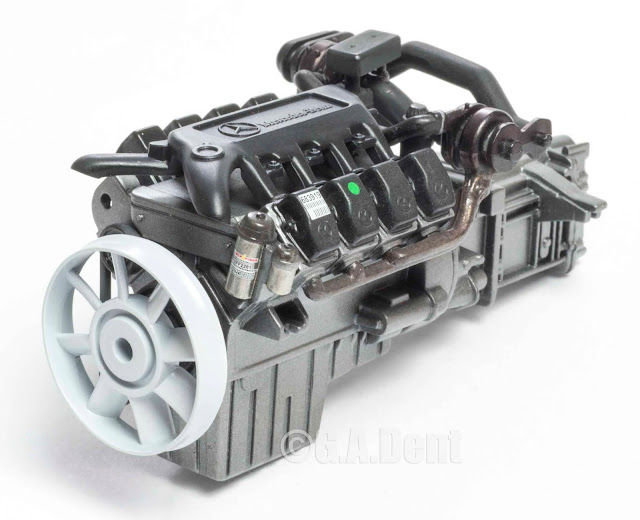 Funnily enough, the fuel tank will be largely hidden by the air-smoothing skirts and tread panel in due course, but if a job's worth doing, it's worth doing well, as they say. Things always get exciting once a truck chassis nears completion and the replacement resin tyres (from KFS) look fantastic. My usual preference is to install an array of pipework and cabling to the frames, but that wasn't specified for this particular job. There's also an issue regarding a lack of an AdBlue tank with this kit. While this could've been scratch built or a resin casting obtained, again, this wasn't in my brief, so I haven't had to worry about it.
Next job is to get the cab ready and install it... watch this space. 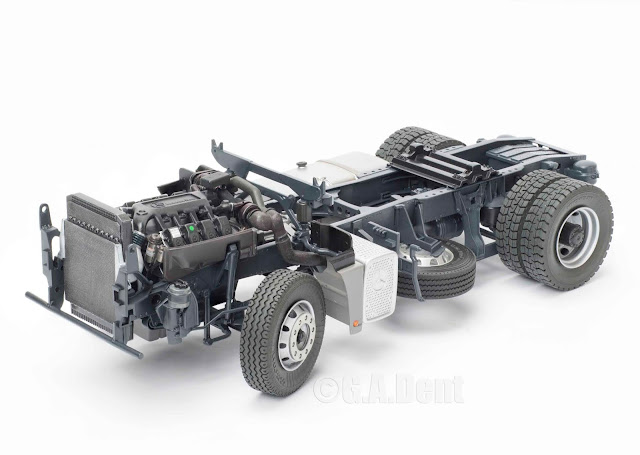 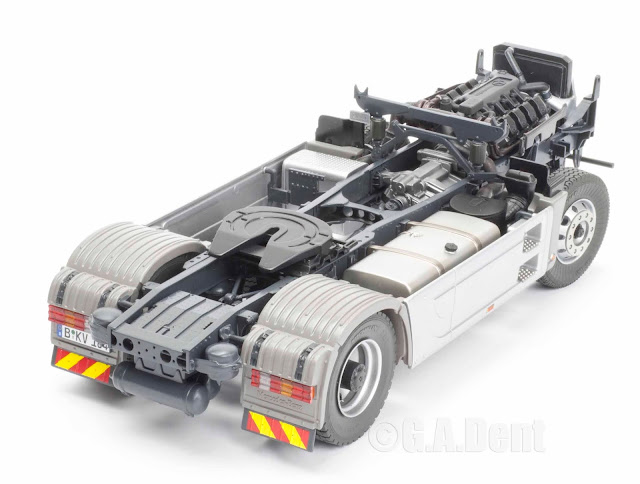