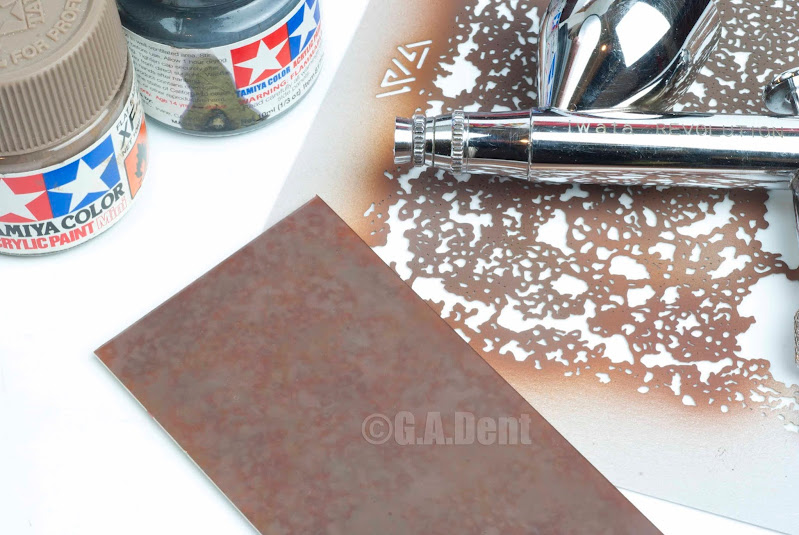 Yesterday, I managed to find a spare couple of hours to play around with a useful stencil set from the Artool range. My aim was to produce layers of random rust/corrosion effects on a sheet of plastic, with an eye on creating realistic loads of sheet steel for an 'O' gauge railway wagon. I've had this Artool stencil for a while now, but haven't had much time to fully explore its potential until now and, after a few different attempts, I think I'm getting to grips with it.

After preparing the plastic with a red oxide primer, a random mix of rust and brown shades were airbrushed over the surface. When it was touch-dry, the stencil was placed on top and slightly different shades of paint were airbrushed through it, in a fine misting action. By moving the stencil around and altering the paint shades, an endlessly random array of shapes and tones can be created.

The effect (seen above) looks a little strange to begin with. However, once the paint has dried, the finish can be refined - and extra texture introduced - with careful use of dry pigments, applied by hand with a variety of different brush sizes.

My first attempt is illustrated here and I'm fairly pleased with the results. The beauty of the Artool stencil and the various paint shades employed, means that no two workpieces are likely to look the same, which is just what I'm hoping for. I can see this method proving useful for all manner of weathering jobs, especially for industrial buildings and scenes.

A large range of airbrush stencils are available in the Artool range, distributed in the UK by The Airbrush Company. 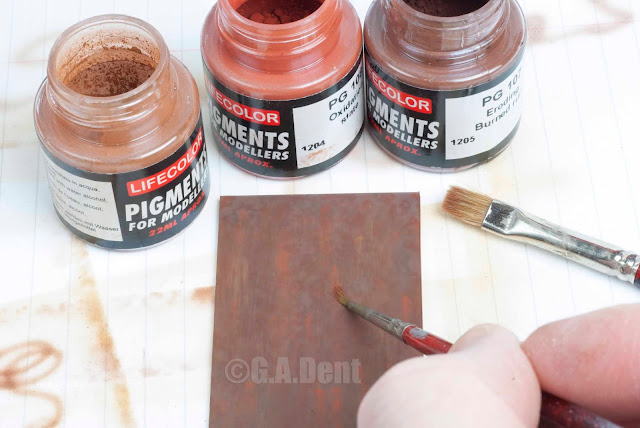 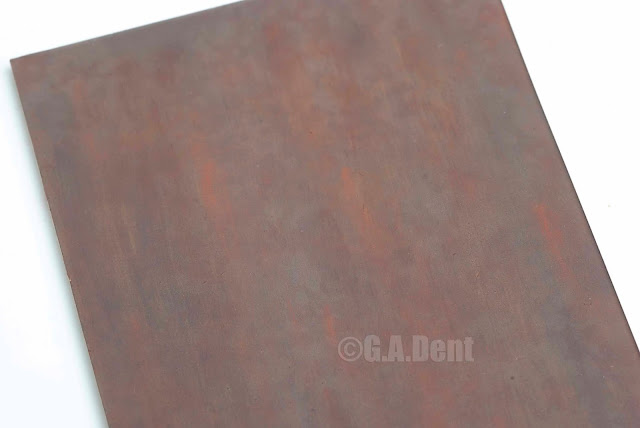