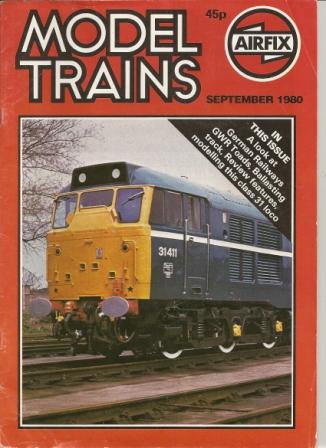 Looking through more copies of Model Trains turned up a couple of interesting pieces about the Hornby ‘Caley Pug’ 0-4-0ST (see earlier posts for my detailing job on one of these). Including the first review of the then new model in the September 1980, this was followed up by an interesting industrial conversion project in the October issue. 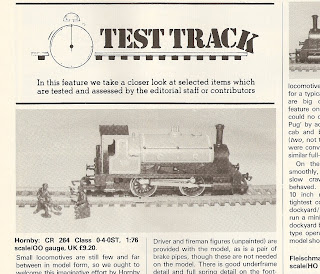 Receiving a fairly positive review, it’s curious to note that handrails were fitted along the sides of the tanks on this initial release (not so today) as per the prototype and, at £9.20, I don’t suppose that the cost has risen much in real terms over the intervening 30 years. Deeming the model as ‘extremely neat’ with an ‘impeccable finish’, the lined Caledonian livery gains much praise. The wheelbase is correctly noted as too long but the writer raises the possibilities of ‘industrial’ style conversions which brings us onto the following month’s article. 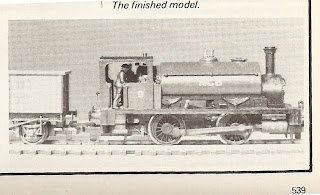 Fitting the cab from the Airfix (now Dapol) L&Y Pug plastic kit in place of the original, transforms the look of the Caley 0-4-0 into something that would look at home in most non-mainline settings. In the feature, the finished model is turned out in NCB livery, but I fancy one of these would look great in a brewery siding, or such like. Which gives me an idea, as I have a Bachmann Scenecraft brewery set hanging around somewhere... 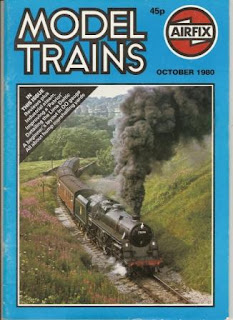 Oct 1980s cover. Over the first two years of this magazine, not one model made it onto the cover!