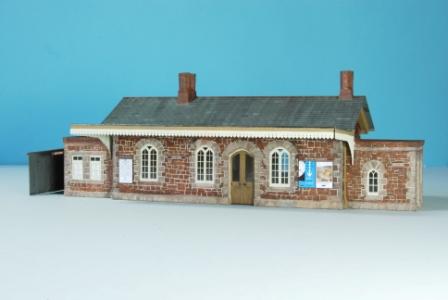 As those of you who have just received/bought/borrowed a copy of the latest Model Rail will know, there's a feature within about how I assembled a Scale Link brass station building kit, based on Bovey Tracey in South Devon. It was a lovely kit to build, although it did take a little time to solder it all together.

I actually built it and wrote up the feature over 2 years ago but, as is the way of magazine production, that we tend to keep things in reserve until it feels the right time to plop it in, aiming to keep a balance of subjects, eras and so forth, in each issue. With a station theme to June's issue, there was no better time to slip this one onto the page. 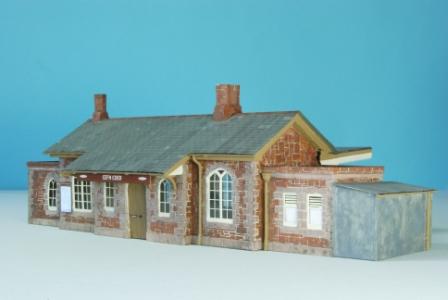 It may also have been noticed that the finished kit has been festooned with BR/WR totems bearing the name Cefn Coed, rather Bovey. Well, at the time that I built it, I’d been planning a layout set in the South Wales Valleys and had wondered about relocating this station into a fictitious Welsh location. However, this layout eventually turned into the freight-only Maudetown Colliery and, although I'd like to include a passenger element to that layout at some point, this handsome building is destined for storage for the foreseeable future. 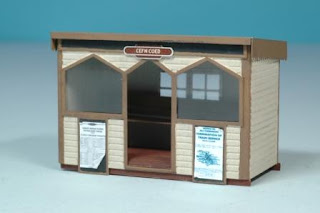 At the same time as building the kit of Bovey, I also assembled this little GWR roadside halt, also built from a 'OO' gauge Scale Link brass kit. These bus shelters were very attractive structures and, if paired with a Peco GWR bus kit, would make a pleasant scenic combo. 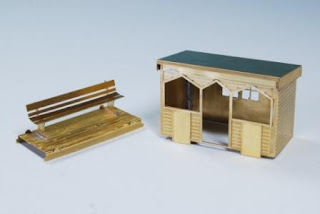 The walls and roof are assembled separately from the floor and the GWR style bench is a work of art in itself. 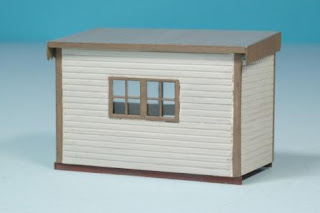 Easy to fold to shape, but requiring a little care when soldering together, the kit has been very well designed.