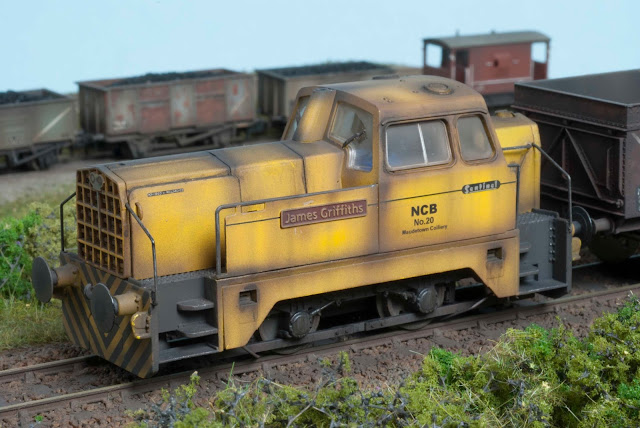 Having added the final touches over the past few days - and wrestled with the Maskol on the windows, which had been left on for far too long - the two Sentinels have re-entered service at Maudetown Colliery. I'm especially happy with the blue steam version, having spent much more time and effort on it. The photo doesn't really show it off to full effect, but the sheen on the paintwork looks very effective. Coats of gloss varnish have been layered in between the 'dirt', for a very convincing oily/polished effect.

All that lovely rivet detail has also been enhanced, along with the exposed valves, whistle and pipework, with burnished copper and brass paint effects. And then there's the scuffed paintwork around the cab doors and handrails.

Working on small locos is certainly more conducive to this 'micro-weathering' approach. Whereas going to the same lengths on a big 'Pacific' usually drives me potty! 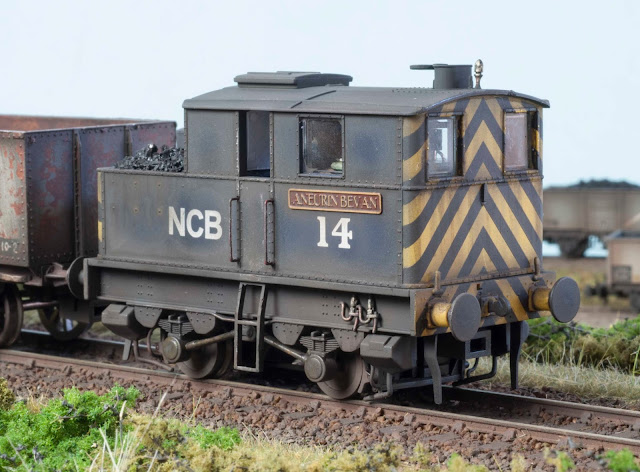