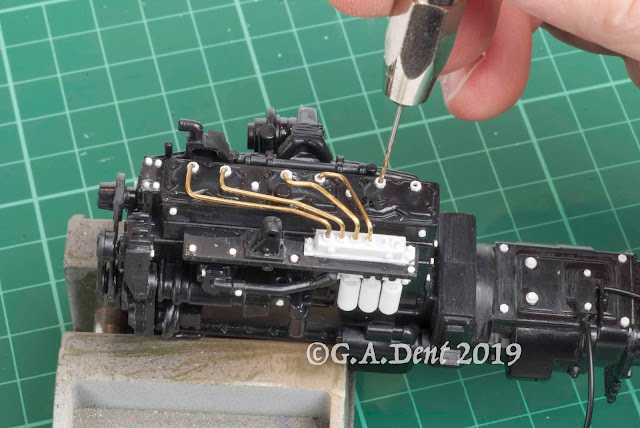 As mentioned previously, I've been tasked with building a number of 1:24 truck kits, which is providing an interesting diversion from my usual railway work. One such truck has a very American flavour, being a handsome Ford LTL9000, based on an Italeri kit, but with lots of super-detailing work being lavished on the engine and chassis.

This is the progress so far on the power plant, which is intended to portray a Caterpillar prime mover. A fuel injector has been scratchbuilt, along with associated pipework and connections. I've also crafted an array of oil and fuel filters and adorned the engine and gearbox casings with hex bolts and washers. The latter proved laborious, although a set of RP Toolz punch tools helped to form the washers and bolts from plastic sheet.

It's not a slavish copy of an exact power unit, as the Italeri parts seem to be a bit vague, so it's more a case of making the best of what's there. Besides, while the model's bonnet can be raised, not that much of the engine will actually be visible, so I'm being economical with my time and effort!

Next jobs include weathering the engine and adding the cooling system and associated pipework. 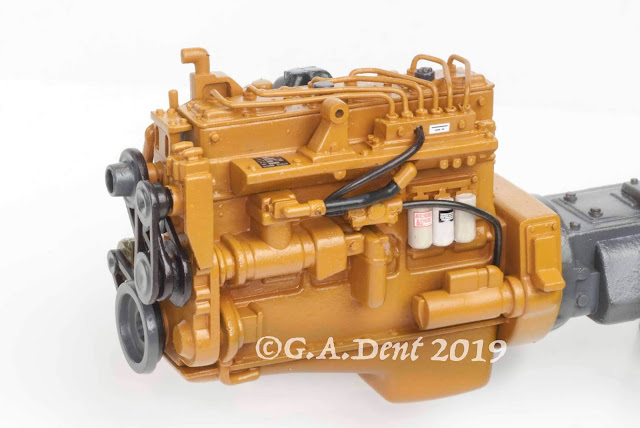 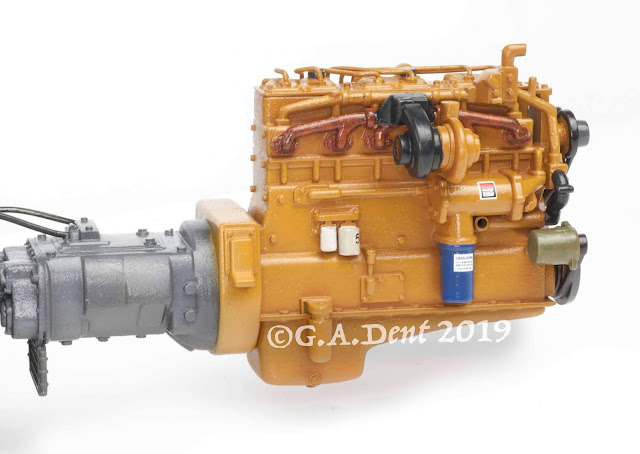