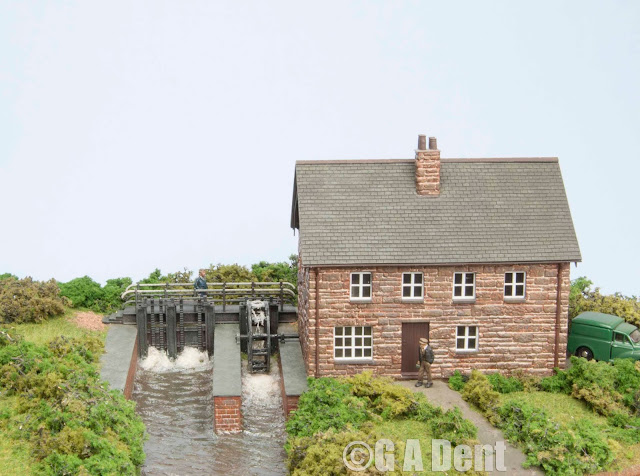 I don't seem to have done much modelling for Model Rail mag recently, with my time being taken up with lots of editorial/admin/planning stuff. So it's been good to get a bit of practical work under my belt over the past month, in the form of this little water mill diorama. Rendered in 'OO' gauge, it uses a Wills plastic kit as the basis - which provides materials to build the mill, walls, sluice gates and footbridge. After assembling and painting those elements, I set about sculpting a suitable landform and riverbed from layers of foam board and plaster. 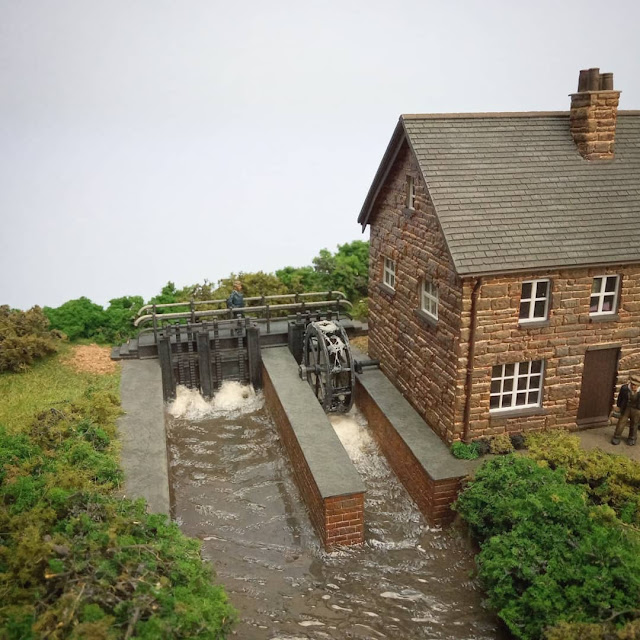 The river is on two levels, with the sluice gates acting as a dam, so there was the need for some white water effects around the gates and water wheel. Modelling water is something I do very rarely, so it proved to be a welcome challenge. The 'base' water was formed with Deluxe Materials' Aqua Magic, poured in several layers, with a few days in between for hardening. The torrents, waves and splashing effects were created with Scenic Fibres and Making Waves (also Deluxe Materials).

There was a lot of time and effort involved, with long waits needed while the various layers of 'water' cured, but I'm really pleased with the final results. Certainly the best water scene I've done so far! 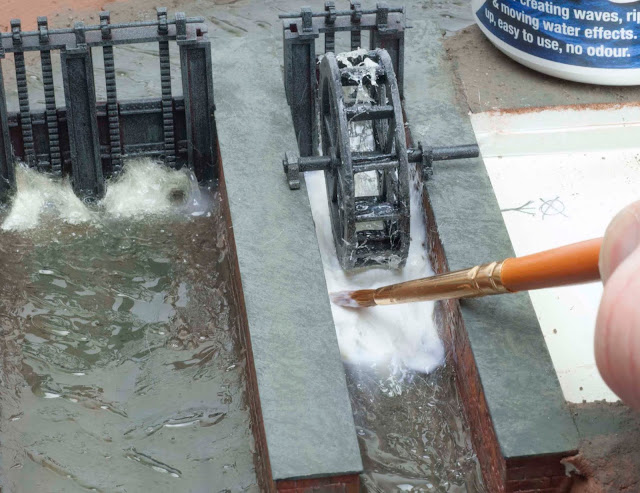 Eagle-eyed readers may recognise the mill building from Model Rail magazine, issue 276 (July 2020), as I built it for the Skills Station section. Being one of Wills' 'Constructor' kits, it's basically just a set of building materials, leaving the modeller to cut the walls to shape and form all of the apertures before everything is brought together. Sort of an aid-to-scratchbuilding rather than a 'proper' kit. Having spent a few weeks on this building, it's satisfying to see it on a diorama rather than simply disappearing into a box. 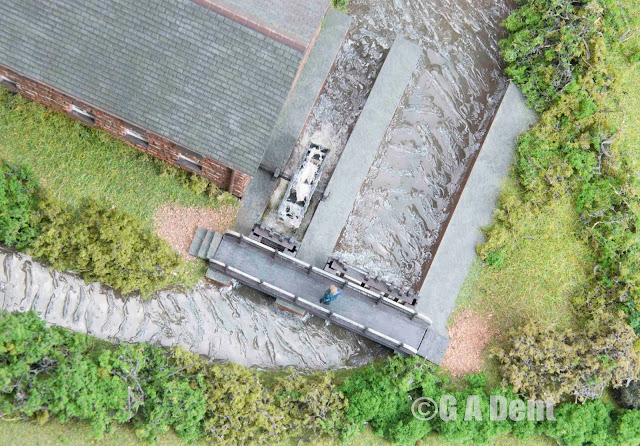 You can see the full demo of how I made this diorama in the next issue of Model Rail magazine (MR277), on sale August 6th.