Steam book is out now! 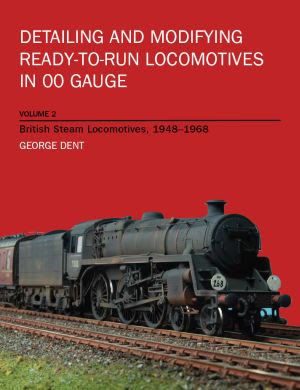 My latest book was released yesterday, being the second volume in the series of locomotive detailing guides for 4mm scale modellers. Detailing and Modifying Ready-to-run Locomotives in OO Gauge, Volume 2: British Steam Locomotives 1948-1968 is the full, self-explanatory title.

Within the book, I've tried to cover as many regions, periods and prototypes as possible, dealing with how those locomotives appeared during the early British Railways era, up to the end of steam in '68.

The aim is to appeal to modellers of all levels of skill and experience. Starting with how to fit all those fiddly little bits and pieces that come with modern models, without making a mess or breaking anything, the book goes on to adding more complex fittings, re-numbering, repainting, weathering, installing detailing kits, minor conversions and how to make the best of older models, including a 'showcase' project dealing with the Hornby Terrier 0-6-0T.

Illustrated throughout in colour (with over 300 images), the projects and processes are clearly described and a broad list of suppliers provided in the appendix.

The book is now available from all good book stores, Amazon or direct from Crowood Press. 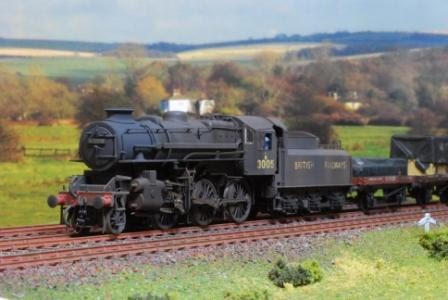