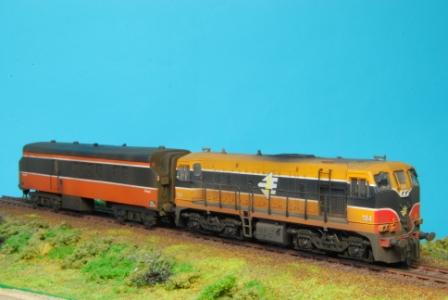 At long last, the DC Kits Irish Rail 'Dutch' generator van kit is finished. Held up by the intrusion of lots of other tasks, I finally managed to complete assembly and apply a weathering job at the end of last week. After photographing the finished van, one side has now been daubed in 4mm scale graffiti, to depict a van languishing on the scrap line.

You can read more about the DC Kits model in Model Rail issue 146 but, in the meantime, here's a few images of the finished van... 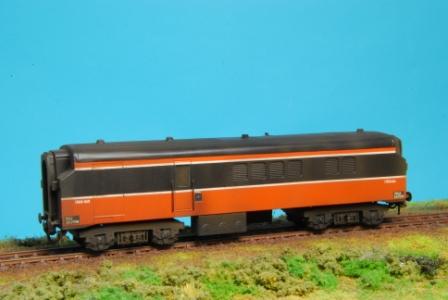 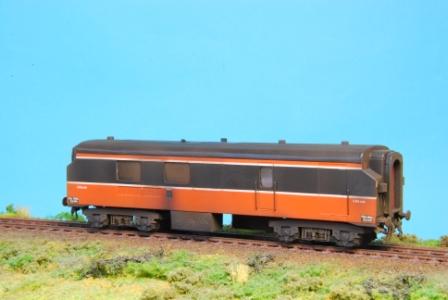 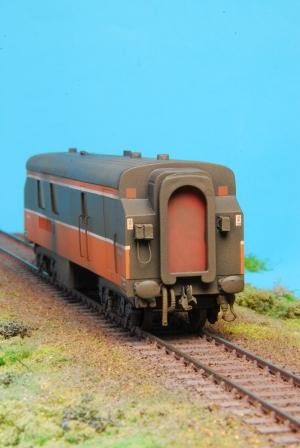 For now, only scale couplings have been added to the ends, complete with buckeyes in the dropped position (spare from a Heljan Cl33/1). Extra brake pipes and electrical hoses have been added from wire or adapted from various castings from the scrap box. 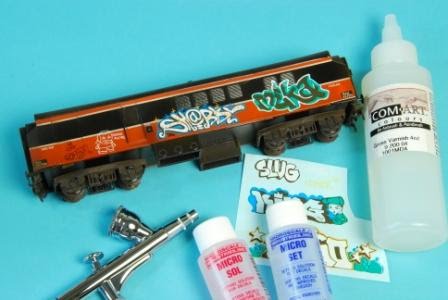 After weathering, some graffiti slogans have been added using a pack of Microscale decals (from C-Rail). A further coat of grime will tone these down a little. Only one side of the van has been treated thus, for a future book project that I'm working on - more as a demo of the technique than a recreation of a real vehicle.