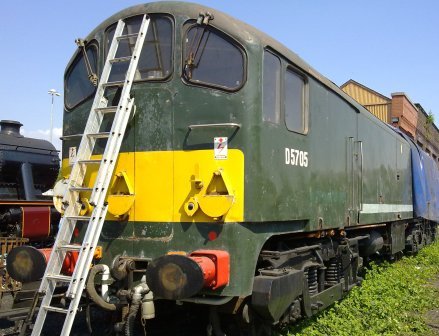 Of all the recent new product announcements, I have to say that the one that grabbed my attention the most was the news that Hattons of Liverpool were commissioning Heljan to reproduce the Metro-Vick Co-Bo in OO gauge. I've always had a penchant for these ugly ducklings, partly due to the old artwork from the 1960s - by BR and Tri-ang - portraying them on important freight services such as the Condor container trains. Having trained as a graphic artist myself, I can only imagine how challenging it must have been to carry off such a brief, making these sad-looking, boxes-on-wheels locos as modern, sleek and efficient. Especially as, in real life, they were pretty dodgy!

Maybe that's why I love them so much; the expressive 'face' making them easy to anthropomorphise - as the Rev. Awdry did in the 'Tom Tank' books of the time. There's a nice story behind Hatton's decision too, with founding father Norman Hatton having bought up the surplus stock of Tri-ang Co-Bos when the famous Binns Road factory closed down. My Aunt worked in that factory from leaving school until it closed, painting many a Co-Bo, amongst other trains, cars and toys (my dad certainly benefitted from having a sister at Meccano!). 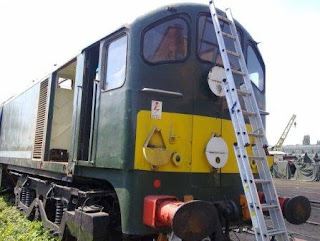 Anyway, I'm already starting to save my pennies for a Co-Bo and await news of the project with baited breath. The photos of the only preserved prototype, D5705 were taken at Bury by Chris McCann, a Modelling Consultant at Hattons and are reproduced here by kind permission. It looks like progress is being made internally and hopefully it won't be too much longer before its up and running. If you'd like to know more about the preservation of D5705, check out this link to Co-Bo World or Bury Diesel Group. 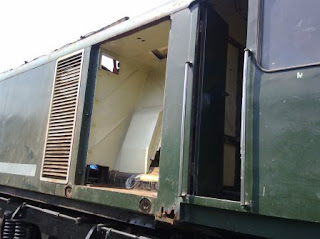 It looks like the internal compartments are being readied for the reinstatement of the various bits of machinery.

On the subject of Tri-ang Co-Bos, I've just dug out a couple of old images of a model that I restored for ex-Rail Magazine writer Chris Gilson, quite a few years ago. Apologies for the poor quality images, but they show how the model after stripping and re-finishing, as I tried to make it look as authentic as possible... authentic Tri-ang, that is! 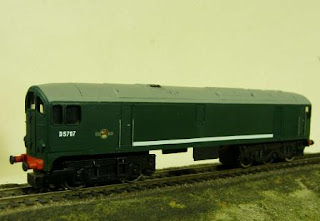 Not bad for its time, the die-cast body might have been a step back from contemporary practice (plastic bodyshells were becoming more widespread at the time) but it made stripping the tatty old paintwork easy - Nitromors was used for a quick and thorough removal, something not possible on plastic shells. The model was also rebuilt mechanically, making use of a new Super Neo magnet that Chris obtained from Ebay - it's the shiny bit visible on the image below - which made a massive difference to performance. 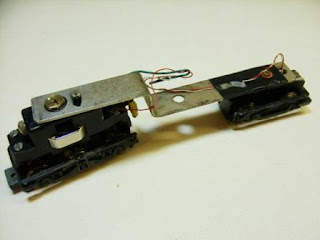 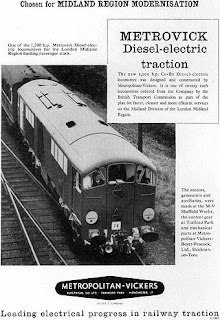