The Pug, the Giesel and the MPD 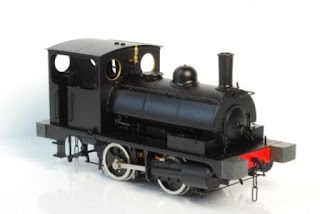 Tower Models' O gauge 'Pug' is a real beauty. Can't wait to get it numbered, crewed and weathered!

This has been an interesting and varied last few days, with a lovely O gauge 'Pug' 0-4-0ST landing on my doormat (so to speak), a few review projects finished and a small MPD diorama under frantic construction. The Tower Models 'Pug' is to be finished for a competition prize, which is a shame on my part as I've already fallen in love with the thing... not sure I can afford one for myself, especially as it will only sit on a shelf. Ho hum.

The loco is to be numbered-up as a Bristol-based machine and I'm looking forward to adding a few extra bits and bobs plus a lightly weathered finish - a nice change from my mostly OO output. Funnily enough, I've been working on a few O gauge wagon kits recently, so I'll have something to pose the finished loco with. Just need to build a suitable diorama... 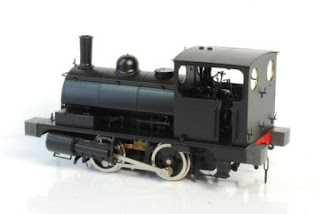 The cab interior is impressive and will repay some detail painting and addition of a few extras, such as crew, oil cans and a lump or two of coal.

I've also been getting through a few product trials and reviews for Model Rail, most notably a very nice conversion kit for a Giesel chimney - or should I say 'ejector' - for a J94 Austerity tank from RT Models. Not a difficult thing to fit, it makes a handy little project to add a bit of variety to your fleet. My J94's destined for a repaint into NCB colours for my colliery layout, based on a real Giesel-fitted Austerity that worked up at Wearmouth Colliery in the North East. But that project will have to wait for another day... 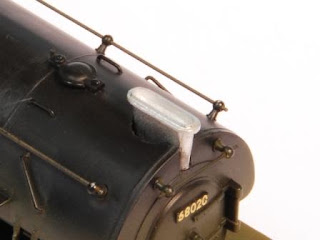 This Giesel ejector has been fitted to a Hornby J94 'Austerity'.

More pressing is a small layout-cum-diorama that I promised to build for the Model Rail LIVE event that is nearly upon us (25-26 Sept). Some fairly frantic kit-building is going on to create the various MPD and surrounding buildings, nearly all formed from Scalescenes kits. These are fantastic kits, but they're not the quickest to put together, so a bit of midnight oil burning may be in order (I started the MPD at 5am this morning and am waiting for the laminated walls to dry before gluing them together!). 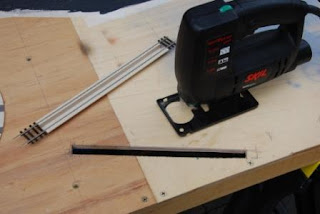 The clock's ticking on the MPD diorama for Model Rail LIVE... an inspection pit was sunk yesterday.

As for the layout's track, it was all laid properly yesterday, along with an inspection pit and all power feed wires soldered to the rails - but not connected-up as yet. The rails have all been painted and weathered, leaving the ballast and hardstanding to be added over the next few days. Will it be finished in time? I hope so. Either way, you'll be able to see it at Model Rail LIVE or in the magazine at a later date. I'll also put a few pics on here in due course...
Labels: 0-4-0 Austerity buildings depot detailing Hornby J94 L&Y layout MPD NCB O OO Pug RT Models Scalescenes shed