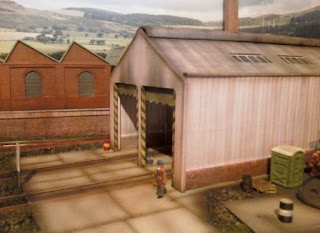 Here are a few sneak preview pics of a small MPD-based layout that I've just finished, to be displayed over this weekend at Model Rail LIVE at Barrow Hill Roundhouse. Pardon the fuzzy quality of the images - they were taken in my shed, well after midnight last night, on my phone as I put the final touches in place and readied the layout for transport.

Ben's heading up north this morning to collect it, en-route to setting up the show at Barrow Hill and, while it's looking fairly complete, there's still quite a bit to do. Not least the wiring and a few other structures, including a large chimney to accompany the factory (not in these views). 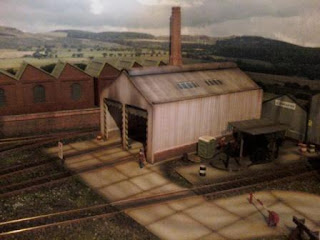 Contained completely on a single 4x2ft board, the MPD building kit is from www.scalescenes.com, with various other bits either kit-built or off-the-shelf. A full feature will appear in Model Rail magazine in due course - once it's fully finished that is! 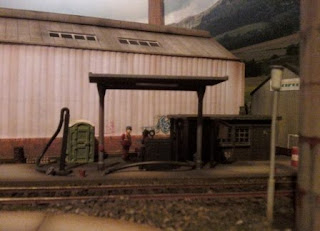 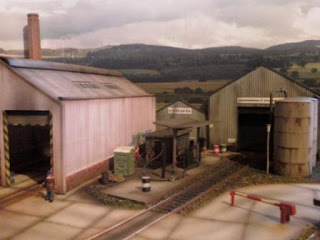