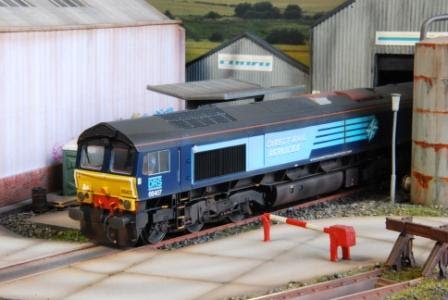 My mini MPD-themed diorama-cum-layout that I hurriedly built for display at the recent Model Rail Live show is now back at home, with much development work planned over the next few weeks, not least a replacement of the backscene with a more appropriate industrial theme. I'd made a real mess of sticking the original 'hills and dales' backing on in my haste, with lots of lumps, bumps and smudged ink from using PVA glue instead of a dry adhesive like double-sided tape (which I think I'll be using next time).

Anyway, I'm just waiting on the new backscene sheets to arrive from Gaugemaster and, with those fitted, the buildings can be tweaked and finished, another big chimney added and many other missing small details, such as the MPD interior fittings.

In the meantime, I've been detailing and weathering a selection of modern traction to work on the layout. The idea is to have the depot as anything from an EWS/DBS, Freightliner, DRS or late BR installation, with just a swapping of signage, road vehicles and locomotives to set each scenario apart. I'm already well blessed with EWS and BR traction, along with a fair few DRS machines. However, I've only a Freightliner 08 to my name, so I may have to dip into my pocket for a 66 or two, plus a 57. I fancy a 70 too, when they arrive from Bachmann. 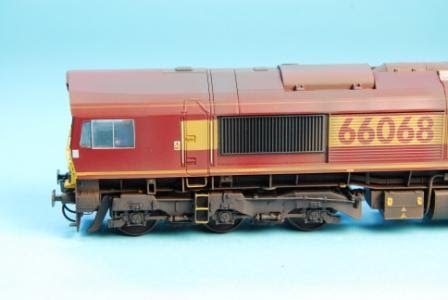 The Bachmann 66 really rewards some gentle weathering, with the highly detailed bodyshell and chassis coming to life. 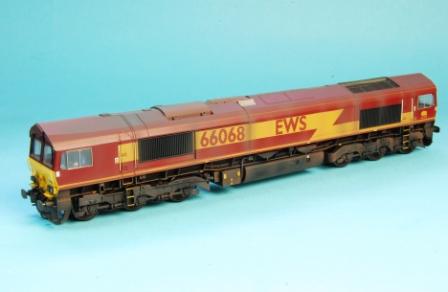 The EWS livery has been around for ages now, but DBS seem in no hurry to get rid of it. 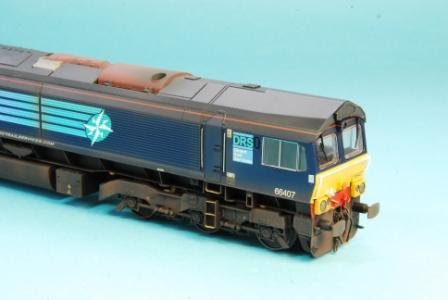 The DRS Compass scheme suits the outline of the 66s well (I'm not so keen on it when applied to the 20s or 37s). 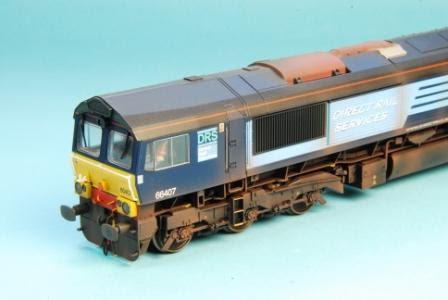 I was meant to be stripping this 66 to repaint into Colas livery but have decided to keep it and buy another donor loco for the that job.