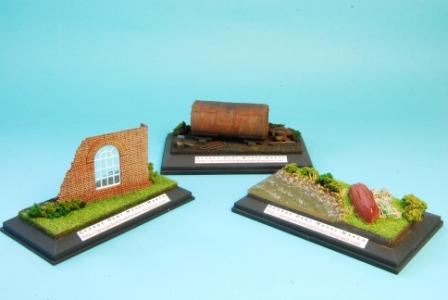 I was recently asked to create a handful of small demonstration pieces/dioramas to be exhibited on the Deluxe Materials stand at the upcoming I-Hobby Expo show at the Donald Stephens Convention Centre, Rosemont, Illinois, USA (Oct 21-24). Displayed here are the fruits of my labours (and a few late nights in the shed). 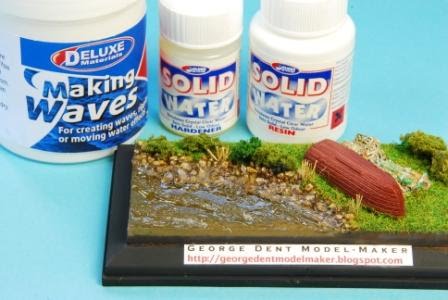 This little lakeside scene makes use of the impressive Solid Water two-part resin that can be formed into undulating shapes as it hardens. Then, using Making Waves, ripple and wave effects can be created on the surface. They're both really easy to use and give terrific results when fully cured. 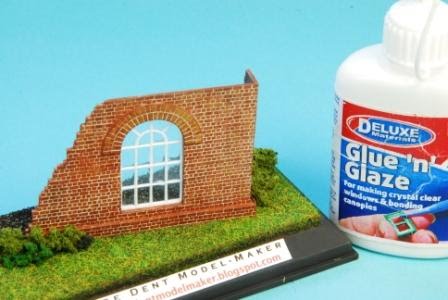 I've been using Glue n Glaze for a while now, on all manner of projects, but this industrial-style window frame (from a Wills kit) is a good platform on which to show off the product's potential. 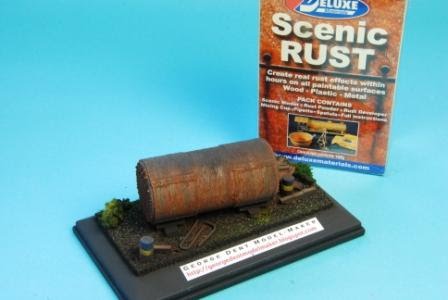 Scenic Rust has also been around for a few years now and it's a great resource when carefully applied, such as on this Bachmann boiler barrel, set into a scrap yard scene. The real rust particles give the surface not only an ultra-realistic colouring but also a welcome texture. Some extra weathering has been added to mix a bit of dirt and grime onto the surface for that final touch. 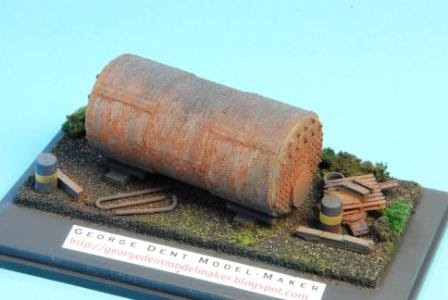 You may have noticed that each scene has been created using the plastic packaging provided with Oxford Diecast road vehicles (with the clear lids in place, they are perfect for storing and transporting the scenes), just like the small veg patch scene that featured in the pages of Model Rail a few months ago.
Labels: buildings lineside modelling rust scenery scenics weathering