FIELD TRIP TO THE NRM 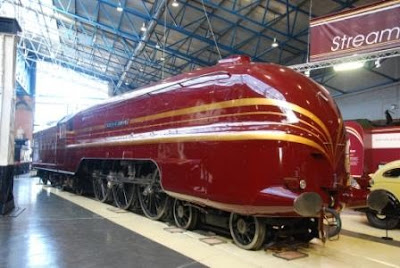 I recently paid a visit to the NRM in York for the first time in years, with the intention of making use of the library reading room (or Search Engine as they insist on calling it). Being my first visit to this facility, I found it a very impressive space with loads of information at your fingertips. 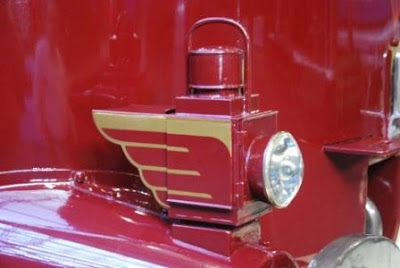 I love the little touches, such as the winged lamps! 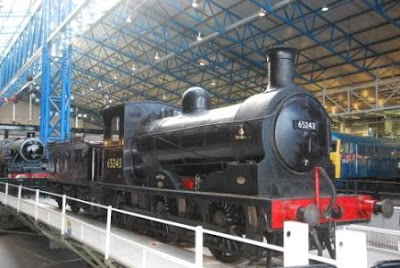 The other reasons for my visit were twofold: 1, I'd still not seen Duchess of Hamilton since it had been re-streamlined (in the flesh anyway) and 2, I wanted to see the North British C Class 0-6-0 65243 Maude. Later classed as LNER J36, this is a lovely late Victorian goods engine (bt 1891) from the design of Mr Holmes. Over 160 of these machines were built up to the turn of the Century and 25 of them served overseas during WW1. On their return, these engines were given names to commemorate important places and Army chiefs such as Haig, Somme and Mons.

The preserved loco carries the name of General Sir Frederick Maude, the most successful Allied officer in control of the front in Mesopotamia (until his death in 1917). I really fancy making a model of this loco, not least as black tender goods 0-6-0s are a bit of a fascination for me. As far as I'm aware, there's a GEM kit of one of these, but I wonder if there are any other options...? 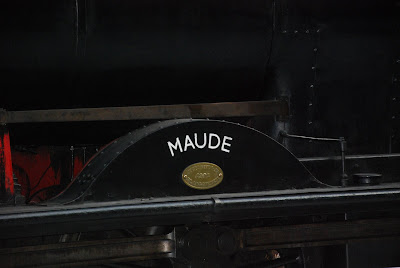 The C Class locos that served abroad each received simple painted-on names on the central splasher. BR painted over some of them later, although a few did make a return.

I thoroughly enjoyed my trip to York and remembered how much I enjoyed living there. I also made sure I managed a pint or two in my old favourite pub before catching the train home. Happily, it hasn't changed in the 7 years since I left, which is rare. If you're ever in that fine city, try The Minster Inn on Marygate (YO30 7BH); it's just 15mins from the station. I can recommend the Porter!! 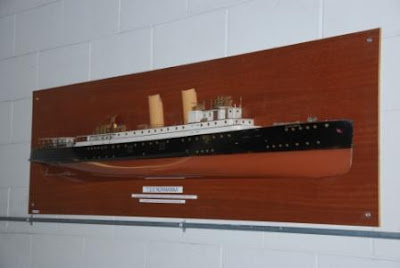 As an aside, I did have a look around the Warehouse of the NRM, where the majority of items that I restored when working at the museum were displayed. To make way for the dubious Scotsman display, many small but fascinating objects have gone, but I did recognise a few that I worked on. This half-relief model of the TSS Normania was one of the last objects that I restored. It had been badly damaged decades ago and it took me weeks to get it presentable again.
Labels: Duchess LMS LNER loco Maude preserved prototype research Ship ships Steam