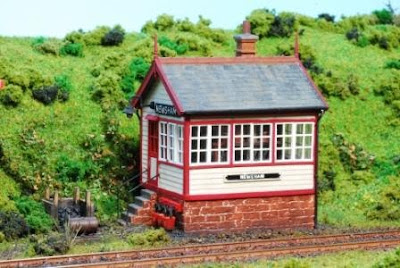 Copies of MR154 should be hitting the doormats of subscribers over the next day or two and the shelves of newsagents by the end of the week. Within is the Semaphore signals Supertest and, today, I’ve just completed the third and final signalling-related test, dealing with Signal boxes (to appear in MR155).

Having built 12 kits in N and OO and looked at a mass of Skaledale and Scenecraft products, I’m tempted to say that I’ve seen enough of signalling paraphernalia and am ready for something different. But that’s not entirely true as signal boxes have always fascinated me in a purely visual and imaginative sense. Whether it’s just looking at the beautiful lines of a Victorian structure, the rugged simplicity of an interwar or austerity design or thinking of the solitude of the signaller at work in the most remote of locations. You can see why Dickens was moved to write his spooky story about the ghostly Signalman!

Anyway, with a box full of assembled kits now consigned to the attic, a few of them have been tempting me to build a layout or diorama around them (see previous post about the 1950s-style Peco kit). In the end, just a humble little Ratio product has been chosen for a diorama and, after painting in LMR colours and fitting with a fully detailed interior, it has been sited beside a sleepy branchline somewhere in the North West. 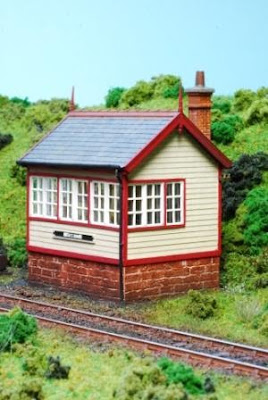 Although produced in green and cream colours and depicted on the packaging in WR cream and brown, this little Ratio cabin looks equally comfortable wearing Midland maroon and cream. In MR155’s Supertest, we’ll give you some tips on how to detail your signal boxes inside and out.


The signal box carries NEWSHAM on its nameboards, as homage to Newsham Park in Tuebrook, Liverpool where I used to play as a kid. The old LNWR dock branch from Edge Hill to Bootle passes close to the edge of the park and I can remember seeing the odd blue diesel chugging past. 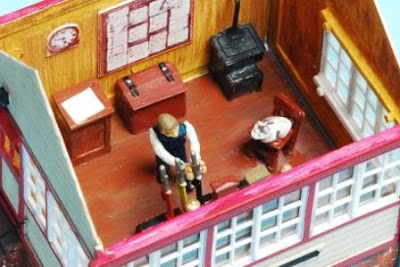 This Ratio kit has received a full interior thanks to a Wills kit and some extra additions, such as the ‘Mini Maude’ feline who has bagged the signaller’s seat by the warm stove! 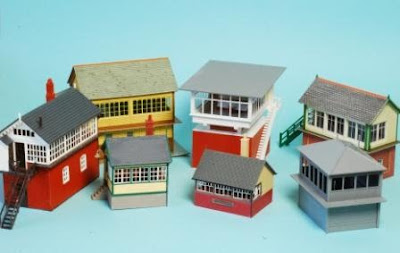 Signal box kit overload? Not quite! I’ve enjoyed assembling so many kits over the last few weeks. 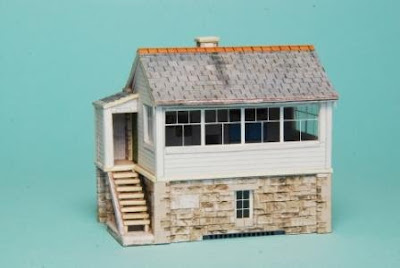 This Scalescenes card kit was the last building off the production line and is available with a range of brick or stone bases. See www.scalescenes.com for more details.