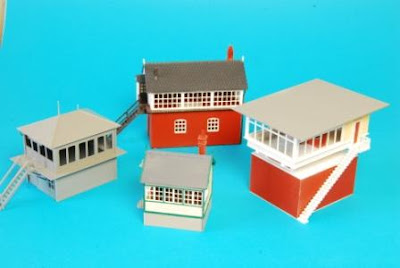 Q: How many signal box kits can one man build in a week?

A: Eight and counting...

I've been having great fun putting together a mass of signal box kits over the past few days, for the Supertest that will appear in Model Rail issue 155 (on sale March 24). It's been mostly plastic kits so far, with a couple left to complete in card. I've also got a Scalescenes downloaded kit to put together. Pictured above are the latest off the assembly line: (from L to R) Dapol, Knightwing (upper), Ratio (lower) and Peco, all in 4mm scale. 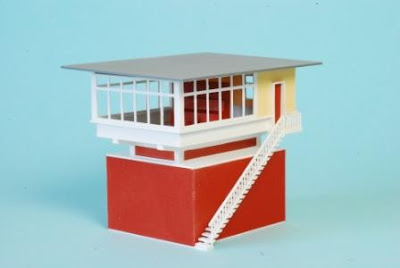 I particularly enjoyed assembling this Peco kit of a typical 'Modernisation-era' building, in futuristic 1950s style. This would be perfect for a set of exchange sidings for my colliery layout, as it matches the post-war NCB modernisation theme - it wasn't only BR that built this style of 'box, as the Coal Board also adopted a similar pattern in some locations. Maybe my proposed layout extension can be enlarged sufficiently to accommodate it....? 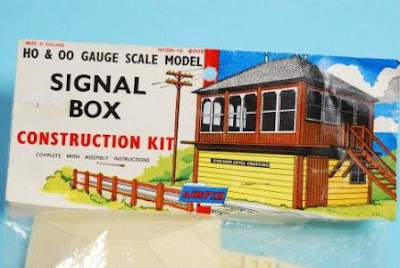 I've built one of the Dapol Midland Railway cabins, but also managed to unearth this old Airfix version of the same kit, still in its packaging. This kit still has its uses, but it needs a few extra details. 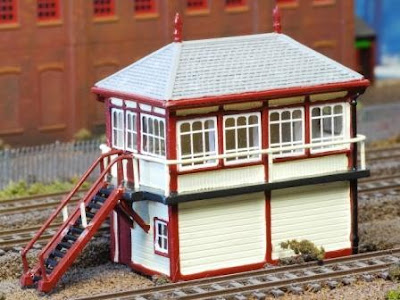 Talking of Midland cabins, the Hornby Lyddle End box looks nice on my tiny N gauge layout-cum-diorama. I think it may be there to stay.

Look out for the Signal Box Supertest in MR155, there will be lots of products considered and some helpful hints and inspiration on how to improve kits and RTR buildings, both inside and out.