THE DYE IS CAST 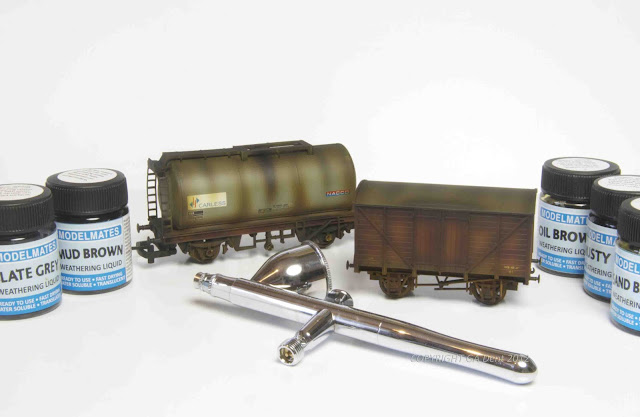 As the subject of an upcoming Model Rail Workbench Test, I've been trialling a number of new and improved weathering dyes from Modelmates. Proprietor Alan Taylor has been tinkering with the formula of these popular dyes in an effort to achieve ever-better results and his hard work is certainly paying off. A number of all-new products are also coming on-stream and these are even more exciting. I can't give too much away yet, but the full story and results of my tests will appear in the next issue (MR171), on sale June 14.

The images below show my first couple of attempts and the cheapo Hornby models look pretty convincing. Both wagons have since received further treatment with Modelmates' new textured 'Rust' dye and now look even better. Look out for Model Rail 171 to see more. The same issue also includes an exciting subscription offer...