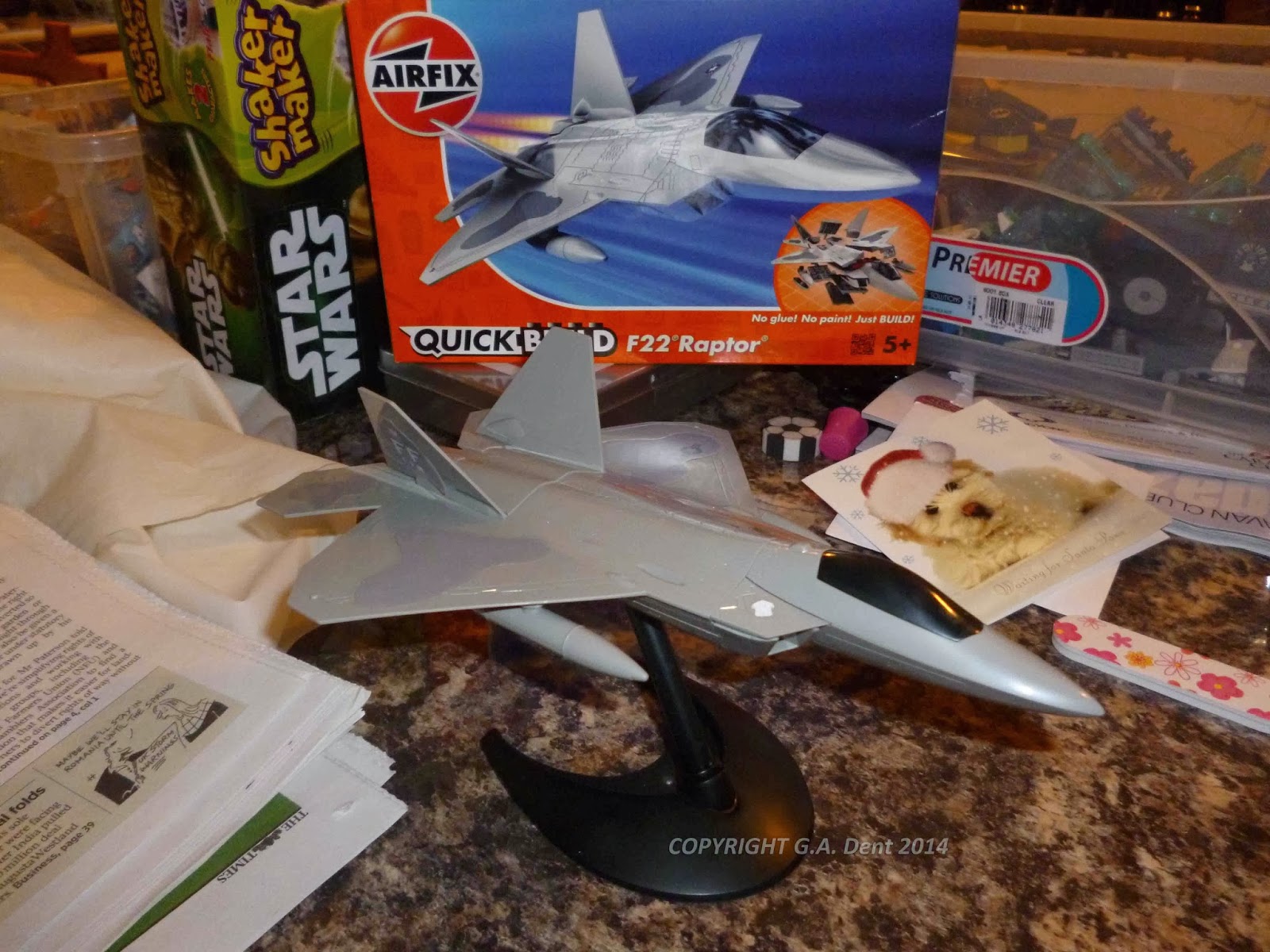 I'd been curious about Airfix's new range of Quick Build assembly kits and it seemed a perfect Christmas gift for my little nephew, Joseph. Knowing that he's into futuristic jet planes and spacecraft, the F22 Raptor fitted the bill, looking very futuristic, especially compared to some of the other kits in the range, such as the Spitfire and Me109.

The parts have more than a passing resemblance to Lego, on the inner faces at least, with all outer surfaces being sleek and prototypical, although this obviously limits the versatility of the components (unlike the traditional style of Lego, where countless kits can be combined to build virtually anything), but then that's not what Airfix's kit is about.

Billed as suitable for ages 5 and upwards, 7 year old Joey found some of the parts a bit tricky to clip together, needing the help of my stronger hands. But, he found the pictorial instructions relatively easy to follow, with just a little guidance and I can imagine that kids more familiar with the prototype would find it simple enough.

Once complete and with the self-adhesive markings applied, the aircraft proved a sturdy toy and the display stand is a welcome addition. No glue is required, nor is there any painting required and, in theory, it can be dismantled and re-built as often as desired. Mind you, I think dismantling some of the parts may not be that easy.

For less than a tenner, it's proved good value and provided an hour or two of enjoyable hobby time over Christmas - and a break from Joey's computer game obsessions. Hopefully, this won't be his last Airfix kit and, as he gets older, maybe he'll want to try a kit that needs gluing and painting... we'll see!
Labels: aircraft airfix kit building plastic review