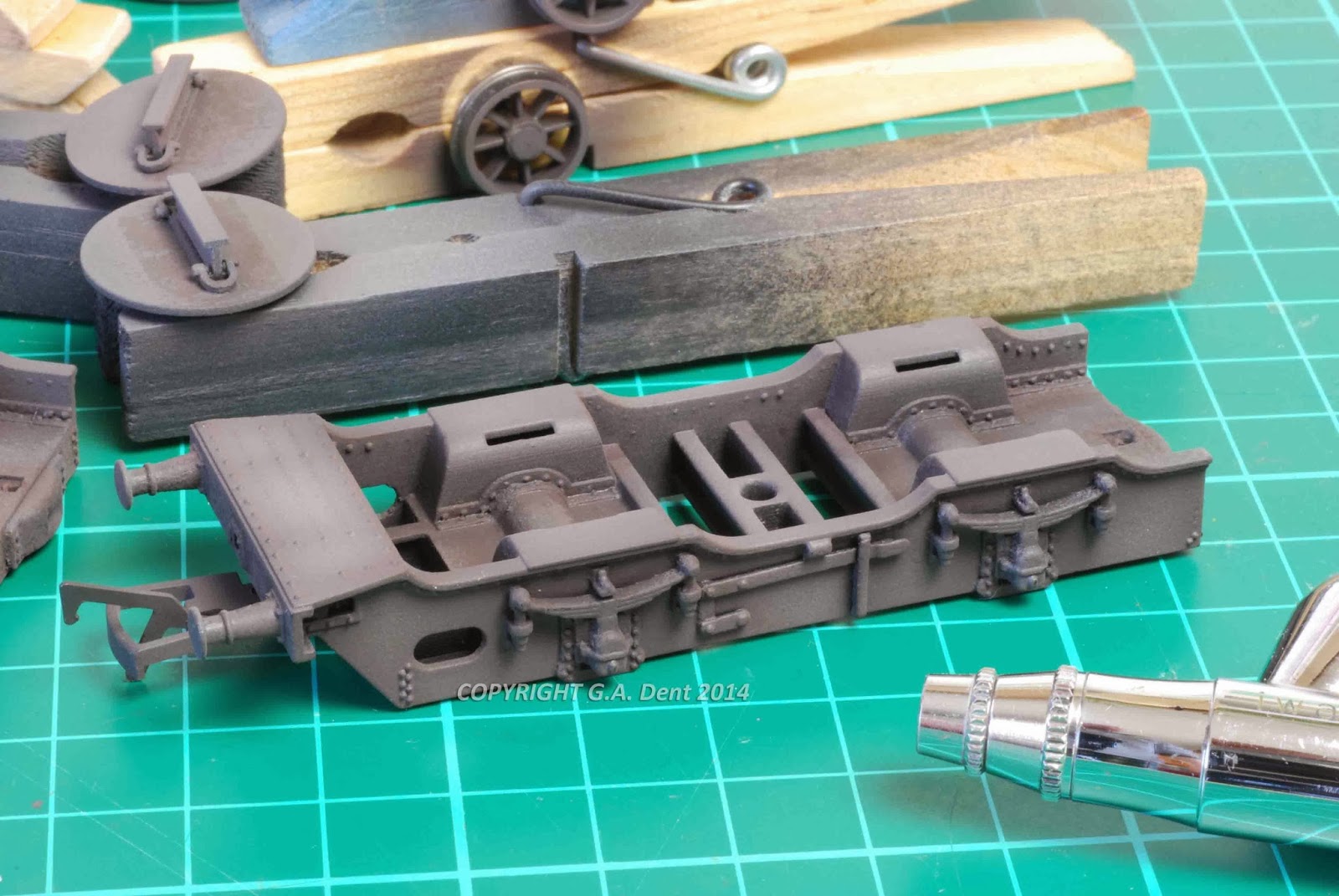 As mentioned previously, I've been putting together a 3D printed wagon kit from Hazelwood Models, portraying the Great Western Railway's 'Pollen C' articulated girder wagon set. It's turning out rather well, with the surface looking very convincing after a few coats of primer and paint. Now it's taking on a weathered appearance, with a black undercoat giving the grey livery a nicely shaded aspect, especially around the various raised details.

As with 3D printing technology in general, there is constant development going on and I've just heard from the kit's maker that much of the kit has been further improved, making assembly even easier. At present, the kits can be viewed at Hazelwood Models' Shapeways store, but the models will be available from February, via Ebay. For more info, email: hazelwoodmodels@hotmail.com