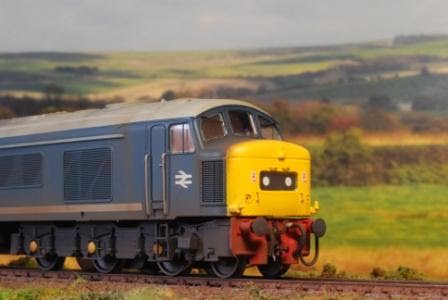 After working on a couple of 'Peaks' for the BR green era, I remembered that I had a spare blue Class 45 lying around awaiting detailing and weathering. After digging it out from the attic, I realised that I'd pinched the air brake tanks from the chassis for another model.

But hey ho, I can make some replacements from plastic rod at some point, but I have managed to detail the cab fronts, adding wire handrails, new lamp brackets and scribing the missing horizontal seam line.

The yellow ends were then masked and re-sprayed before a little 'dirt' was sprayed with my trusty Iwata airbrush. And much better the model looks, too. Especially as it's the bulled-up version of 45114 with off-white roof and bodyside stripes. 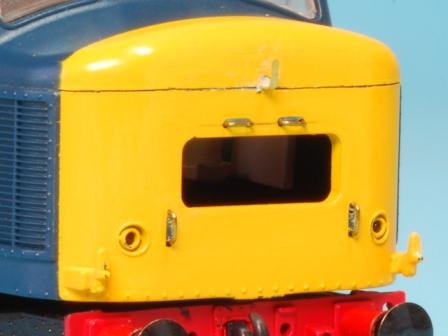