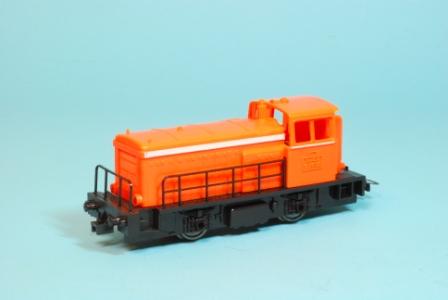 Whilst browsing in my local model shop, I came across an interesting orange diesel locomotive, made by Jouef. This HO scale model represents what appears to be a French prototype and could well have been taken from a cheap starter train set, not least as the bodyshell and chassis are a little basic.

However, it has potential...

Not long ago, I upgraded a similarly cheap and cheerful Lima 4-wheel diesel to a semi-fictitious UK War Department loco, for use on my embryonic layout inspired by the wartime railway in North Africa during the 1940s. The plan is for the orange SNCF loco to follow suit eventually although, like the Lima model, it will clearly need a lot of work.

The motor is operational, but noisy and jerky, so a new unit will be installed, perhaps with twin flywheels. The bodyshell will have to be modified to suit the WW2 period, albeit with plenty of modelling license employed. By not conforming to total prototypical accuracy, there's much more room for your imagination to run riot.

See Model Rail issue 133 to see how I converted the Lima model. 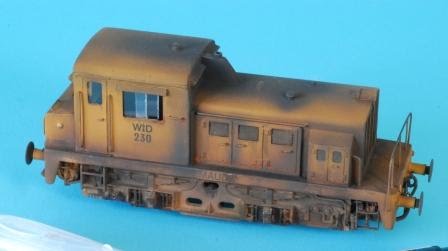