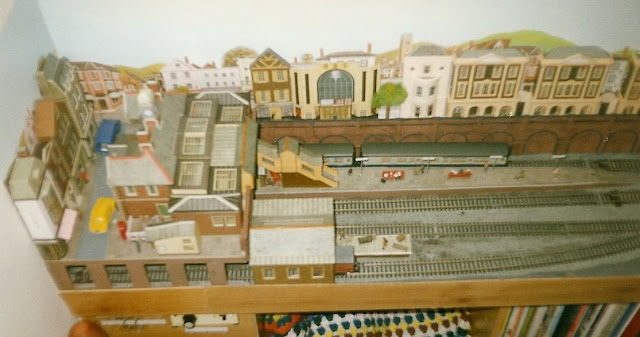 My fictional creation of Tuebrook Station.

Further to a recent post on the subject of my teenage layout building projects....

After finishing Art School in 1996 and moving back home, I thought I’d have another go at producing a small layout in my tiny bedroom. This time, it would be named Tuebrook, after my Liverpool birthplace, although the track plan and scenery would be wholly fictional. The boards were fitted, shelf-like, to two walls of the room to form a 7ft x 4ft ‘L’ shape (1ft wide boards). 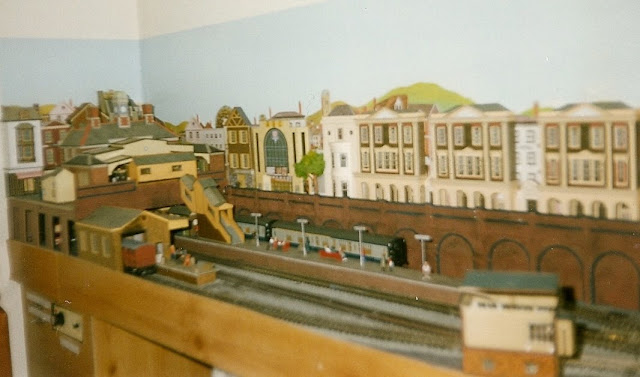 The low relief Georgian townhouses and distant hills are definitely out of place compared to the real Tuebrook. 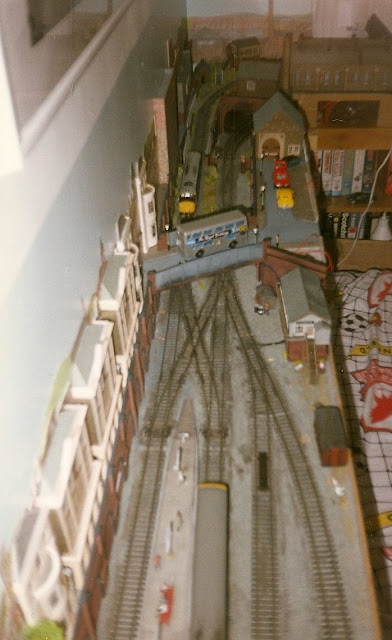 The track layout was quite advanced for me at the time and colour light signals eventually guarded this busy junction, interlocked with the points


Assuming that the freight-only Edge Hill-Bootle line had been taken into the Merseyrail system in the 1980s, Tuebrook station had reopened for a local DMU-operated service. In contrast to the real location, the station was set in a cutting rather than atop an embankment, with the station building being at road level. The short platforms hinted that they carried on beyond the wall and trains obviously had to terminate here. A small engineers’ yard was provided, utilising the former goods shed, and the freight line to the docks ascended a steep gradient to reach a (never completed) warehouse and oil terminal, while the main line disappeared into hidden sidings beneath. 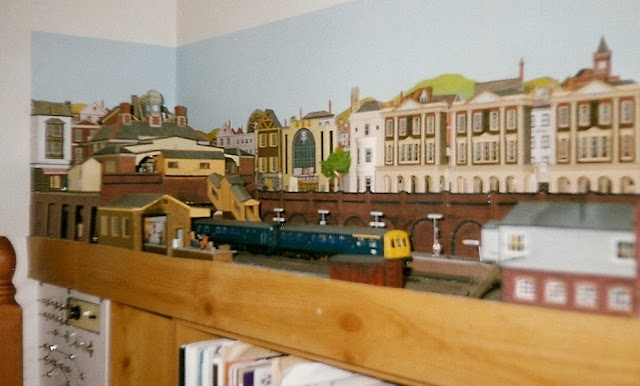 My first stab at kit-built motive power, a DC Kits Class 101 DMU, stands at Tuebrook. The signal box in the foreground was a scratchbuilt copy of the LNWR box at Arpley Junction.

Most of the buildings were kits, although the lengthy retaining walls and numerous other buildings were created from the Linka cast plaster system (anyone remember that?). Point motors were fitted and interlocked with Eckon colour light signals and, although only insulfrog points were used, adding extra power collection to locos meant that running was fairly reliable. The curve at the top of the goods line was far too tight, however, limiting the trailing load to just one or two wagons. The hidden sidings were hard to reach, too, but other than that I enjoyed operating the layout. 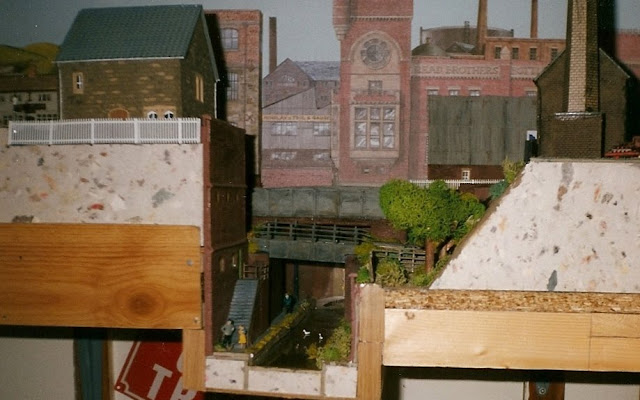 This was my favourite part of the layout. The canal and twin level rail bridges created a nice scene as trains passed by. 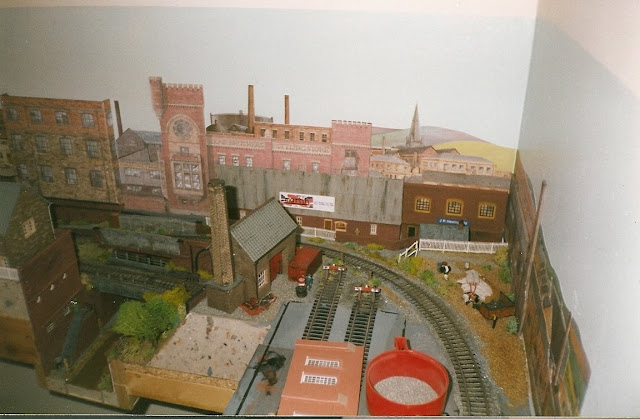 The tortuous curve at the top of the goods line could only be managed by short Bo-Bo diesels or shunters. The low-relief factory was meant to be my own guitar making outfit - at this point in life, I had dreams of becoming a famous luthier.


As the layout progressed I also began kit-building wagons and the odd DMU from DC Kits, as well as fitting all of the buildings with fully detailed interiors and lighting. I even started to replace the kit-built buildings with scratch-built versions of real structures. 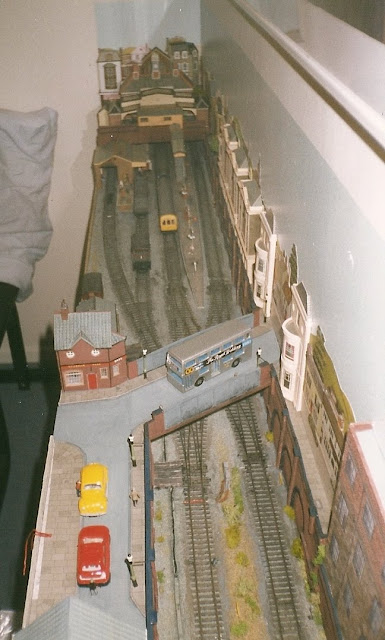 The Newsham Park pub, on the corner of the bridge, was scratchbuilt from Linka castings and had a fully detailed interior complete with bar, seating and a darts match in progress. 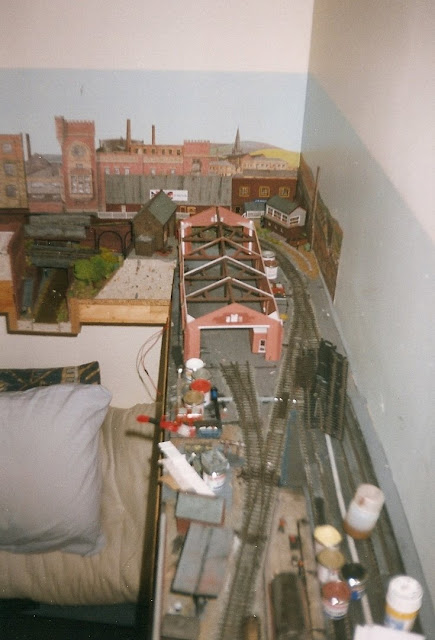 The top of the goods line terminated at a warehouse, oil terminal and MPD, although this was never finished. The scratch-built depot is well under way here but never received a roof. The scratch-built signal box in the corner was an exact replica of Monks Sidings 'box, on the Warrington (low level) - Ditton line.


In common with my previous attempt, the track plan had distinct advantages (this one was my own design) and, given a bit more space, it would've proved successful. I’d love to revisit both of these layout plans at some point in the future.

Unfortunately, I never finished the scenery and dismantled the whole thing just before I married and moved back to Liverpool. The matrimonial home was a tiny terrace with little space, although I did eventually make a start on my Dent Station odyssey in the spare bedroom before we moved to York. But that’s another story... 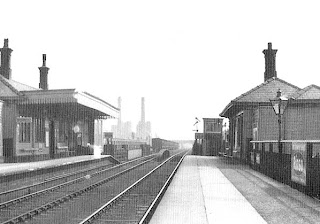