BRANCHING OFF INTO ‘OO9’ 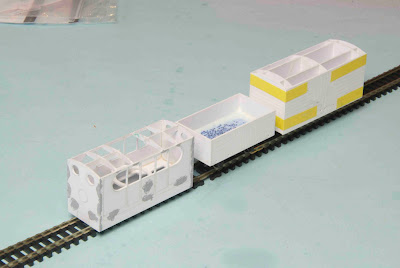 The past few afternoons have been spent assembling a handful of laser-cut styrene kits from York Modelmaking. Although they need much more work before they're complete, I’m already redrawing my Maudetown Colliery extension plans to include a short run of ‘OO9’ gauge track. Narrow gauge has never really appealed to me until recently, but I’m really gripped by the idea of a little works train pootling about amongst the full-size mainline traffic.
The ‘Ratty’ steam loco kit is designed for mounting atop a Kato ‘N’ tram chassis, but I wondered if I could try something different. At the moment, I'm trying to mount it onto a Farish J94 0-6-0 underframe. That way, I can have a set of coupled wheels beneath the bodyshell, adding a little more visual interest. Hopefully , it should be running by the end of the week.
Look out for an in-depth ‘Benchtest’ demo/review in Model Rail in the New Year. 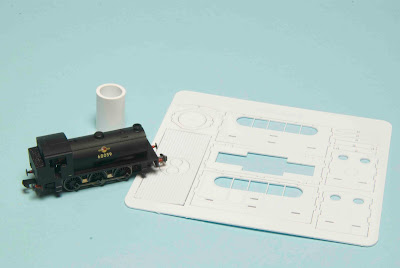 Presented in the form of sheets of 0.8mm laser-cut styrene, the kits are simple to put together and can be readily customised and enhanced with extra details. I'm planning to use a 0-6-0T chassis under the loco. 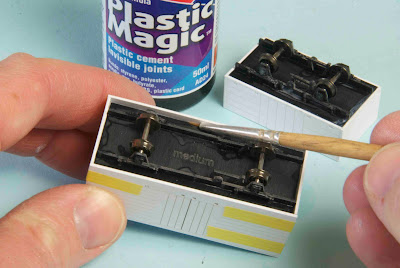 The underframes are also cut from styrene and built up in layers to give realistic relief. A small range of rolling stock is available, although the kits are only being produced in limited numbers. A full evaluation and demo will appear in Model Rail soon.
Labels: Austerity chassis Farish J94 Kato kit building loco Maudetown Model Rail OO9 plastic review Steam wagons York Modelmaking