Another 50ft LMS observation saloon photo found in the archives 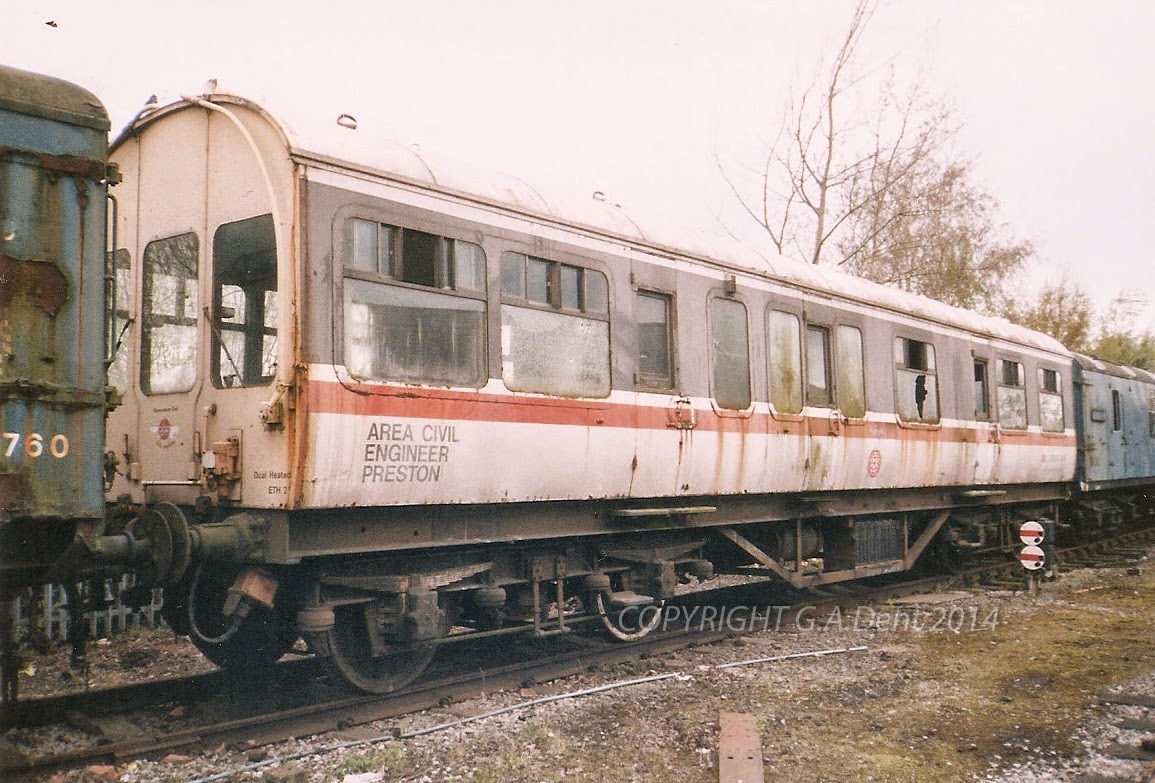 Having unearthed images of an LMS 50ft saloon for a previous post, I've just come across another pic of a similar vehicle. Pictured at the Railway Age, Crewe in either 2004 or 2005, DB999501 still wears the remnants of BR InterCity colours and had been based at Preston prior to withdrawal and preservation. Outwardly, it looks very similar to the LMS-liveried 45030 in the previous Blog post, although the side windows have been modified. My notes at the time say "double glazed?" but I'm not sure about this - there are pronounced frames around each aperture which looks like a later modification, although it may just have been a repair of some sort. Mind you, I have a feeling that this vehicle had been used up in the Scottish Highlands in the 1980s, so maybe it had been given some form of extra insulation...? I'll have to have a dig about for more info on this, if I get a spare few hours....!
Labels: BR coach Crewe Intercity LMS preserved prototype Scotland