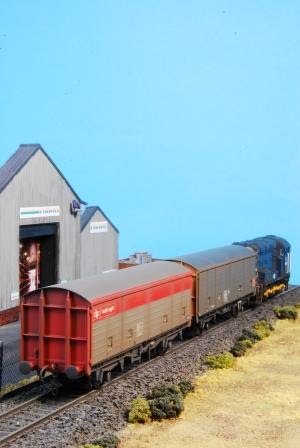 I always loved the red and grey Railfreight livery of the 1980s and have been stocking up on a number of Bachmann VDAs in this scheme to flesh-out my Speedlink-era rolling stock. As featured in the latest Model Rail - on general sale today - I trialled some weathering dyes on a limited edition Civil Link version of a VDA, but was not entirely pleased with the results. Having learned the lesson of not testing unknown products on a precious model, I couldn't see any other way of salvaging the van except for a complete strip-down and repaint.

So, said wagon now carries the red & grey of Railfreight rather than the 'Dutch' scheme of the engineers' department. The repaint has taken a month or two to complete, the various stages being fitted in around other projects and coinciding with a Railfreight-liveried Class 47 (lima/Vi-Trains hybrid) also on the go. I usually wait until I've a couple of things to paint in the same colour, as well as varnishing and weathering - it saves a lot of time mixing paints, etc. It does, however, result in lots of part-finished models littering my workshop at any one time! 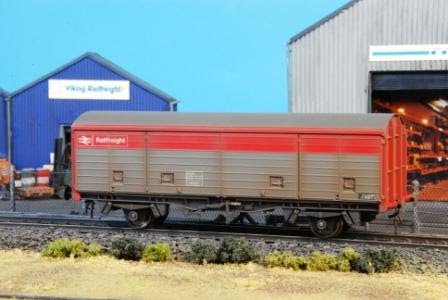 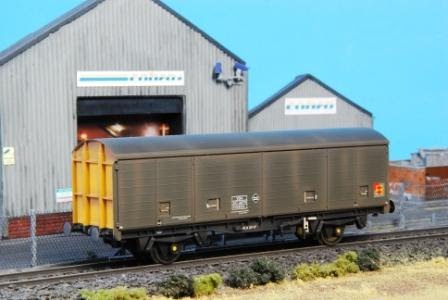 This VDA, in the later Railfreight Distribution sub-sector livery, was a birthday treat to myself from my local model shop. It was weathered at the same time as the red & grey van, but with a little more restraint to preserve its newer appearance within my late 1980s Speedlink fleet. I just need to fit scale couplings to this van... 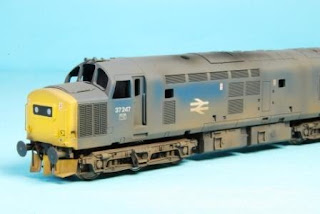 Another model in the weathering queue was this Vi-Trains Class 37. Portraying boiler-fitted 37247, this is another blue South Wales 'Tractor' for use on my Maudetown Colliery layout. The loco has also been the testbed for a variety of detailing parts that came into Model Rail for review; most notably the snowploughs and bogie footsteps (PH Designs). A full appraisal and demonstration of these components will appear in the magazine in due course. 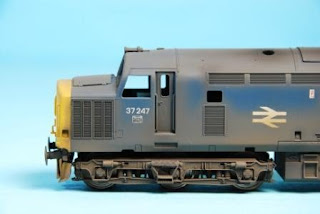