FARMING HISTORY AND TRAINS AT MURTON 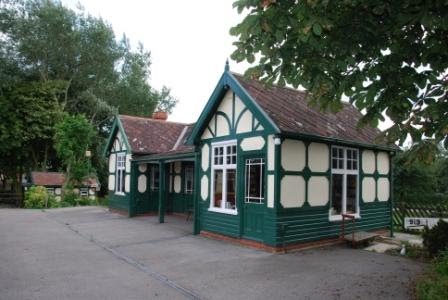 What a beautiful station! The DVLR certainly had an eye for a good timber building.

It’s easy to miss out on local attractions in favour of days out further afield and, whilst living on the edge of the Yorkshire Wolds, there were a number of museums in close proximity that we always meant to go to; Elvington Air Museum was one, along with the Tank Museum at Beverley (now closed, I think). However, other spare time commitments - including volunteering on the North York Moors Railway – meant that many such trips never happened.

Now that places like York, Fangfoss and Pocklington are places to travel to as tourists rather than 'locals', there’s more incentive to visit attractions and one of those at the top of our ‘hit list’ was the Museum of Farming at Murton. Located just outside York, it’s a great museum with loads of old farm tractors, implements and machinery. If you’re interested in such things, it’s definitely worth a journey. The only thing lacking was the livestock, with only a sole Dexter cow who looked rather lonely on her own. 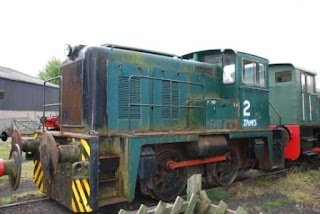 Murton is also home to the Derwent Valley Light Railway Society (DVLR), including a half-mile-or-so of preserved track. Being the only surviving stretch of the former privately-owned line from York through Dunnington towards Wheldrake, the line has a fascinating history. A handful of small diesel shunters are in residence, along with a single ‘steamer’ which sadly is not operational. Although train rides are only offered on Sundays, there was a bit of activity on the Saturday with an ex-BR ‘03’ and a Ruston 0-4-0 pootling about, shunting wagons around. The Ruston, incidentally, is painted in Load Haul colours and carries the number 97088. 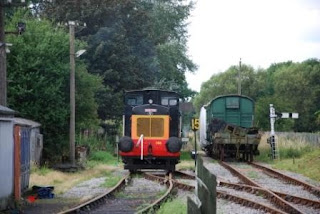 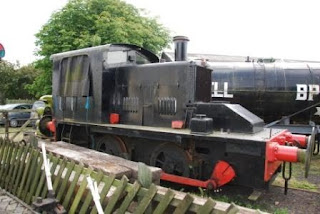 There are some great little engines to be seen, mostly diesel-powered.

The original DVLR station building was originally sited at Wheldrake and has been lovingly rebuilt at Murton. It’s certainly one of the most attractive station buildings I’ve seen, both inside and out. I’ve been planning a small layout based on the DVLR for some time and this visit certainly gave me lots of inspiration. I’ve also learned that the Farming Museum also houses all of the DVLR’s archives within its library and study centre, so a return visit is looking likely. I’d love to build a model of the station building, if nothing else, so a trip with a tape measure and notebook may be in order. 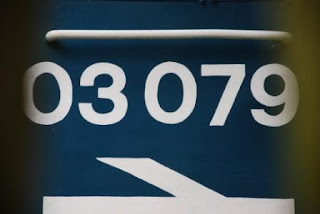