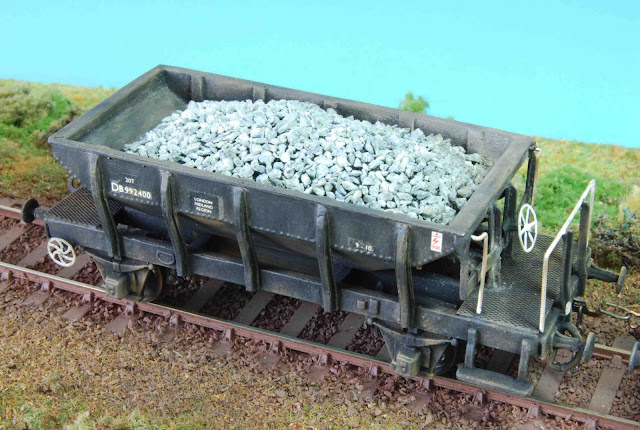 Built from a Genesis kit, this 'Herring' is slightly easier to build than the Catfish (see below), due mainly to the design of the hopper's side braces, which just need bending to shape. I used low temperature soldering for both these whitemetal kits, to speed up the job and for rugged construction.

After worrying that they’d disappeared into the great void of my attic/junk store, never to be seen again, I finally found the little box containing a trio of ballast hopper kits that I built for Model Rail magazine a few years ago. Consisting of two Genesis Kits whitemetal vehicles and a plastic Cambrian Models product, each one took a good while to refine and finish, so it’s a relief that they’ve turned up safe and well. Not least as I’ve been thinking about adding to their ranks, especially as I've had a few ideas about upgrading the Hornby SHARK brake van that will be a perfect tailpiece for this short P’way rake.

On a different note, I was chuffed to hear Shaun Keaveney give this Blog a 'shout out' on his breakfast show on BBC 6Music this morning. Mrs D had sent in a text on the subject of cars with pet names, with a mention of the much lamented Milly Molly Micra, the 'multicoloured beauty' - as described in a blog post from July. Quite a bizarre feeling to hear your car's name and blog details being broadcast in between Noel Gallagher and The Waterboys. I almost spat out my corn flakes!

We're big fans of Shaun. His unique northern humour is very appealing; very dry. He plays some cracking music too. 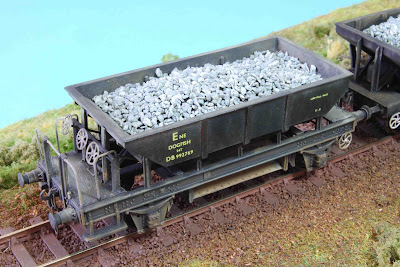 This Dogfish was built from the Cambrian kit, just before the Heljan RTR model appeared. I still have a handful of these kits un-built – something for a rainy day perhaps… All three wagons appeared in Model Rail issue 111 (Dec 2007). 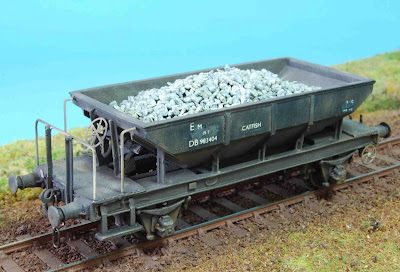 The Genesis Catfish builds into a lovely model, although it needs a little extra work to get the best out of it. New buffers (MJT) and etched handwheels (Mainly Trains) are a real improvement. The angle iron hopper braces have been replaced with Evergreen plastic, as the original whitemetal castings are pretty awkward.