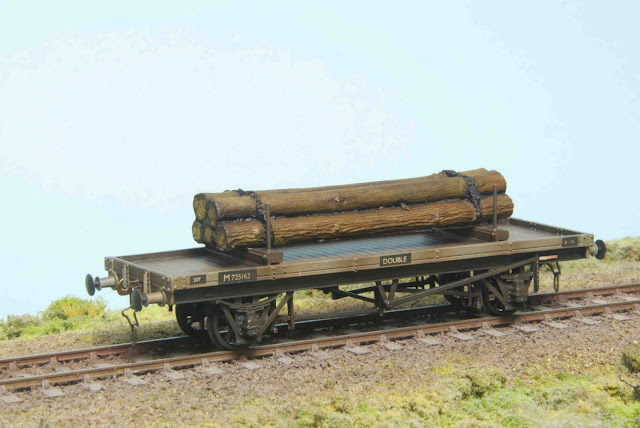 This Ian Kirk LMS bolster wagon has been built as part of an upcoming Model Rail feature (issue 166) on timber traffic. The kit had been lying around in the attic for the best part of 10 years, so it’s nice to see it finished and ready for service. It was a pleasure to build and, despite the parts needing quite a bit of fettling before assembly, they eventually went together easily. The fine underframe is particularly impressive, enhanced by the lovely spoked wheels (supplied with the kit).

I put in a bit of time on the timber decking, using a handy set of Lifecolor acrylic 'Weathered Wood' shades to build up a convincing wood-like appearance and the painted and weathered ‘log’ load – from Ten Commandments tops it off nicely. The chains, cast into the plaster load, just marry up with the bolsters, although I still need to finish these off with some extra chain and hoops. As it is, the logs are tied together, but not actually to the wagon itself.
In the magazine feature, I’ll show how I achieved the painted finish on the logs, as well as how to fill the Hornby OTA and a few other wagons with timber loads. Look out for MR166, out on 26th January. 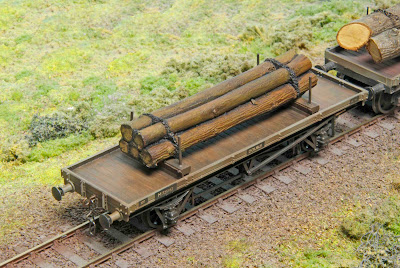