HAPPINESS IS A HYMEK 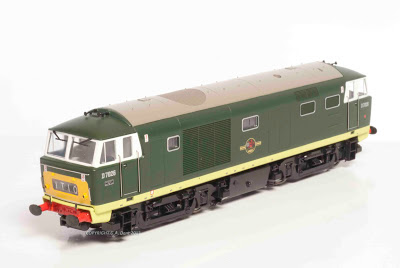 The same thing happened at the Glasgow show of 2012, what with Model Rail's stand facing that of Heljan. With the persistent temptation of discounted models staring me in the face for three days, I eventually gave in and plumped for a Class 15. And 2013 proved no different, resulting in this spiffing green Hymek joining my collection of BR green diesels. Heljan were selling off some overhauled factory 'seconds' and I'd been feeling in need of a treat after a very busy few weeks. It was a close thing between this or a M&W railcar but, having almost completed a long-running Dapol railcar project, the Hymek came out the winner. With the imminent release of the Class 16 (which looks fab), Glasgow 2014 may test my resilience further!

I've never been much of a Western Region enthusiast but I've always had an admiration for these quirky hydraulics. Maybe it's because they were built in my native North West, albeit at the wrong end of the East Lancs Road. You could also put it down to being shown the real D7076 at the embryonic East Lancs Railway in the late 1980s.

Whatever the cause, I'm looking forward to detailing and weathering this little gem. At some point, I could do to build a WR-type layout for it to pootle about on. With the Dapol Western also proving a strong draw and a Class 22 already in the bag, my maroon allegiances may be turning chocolate and cream... 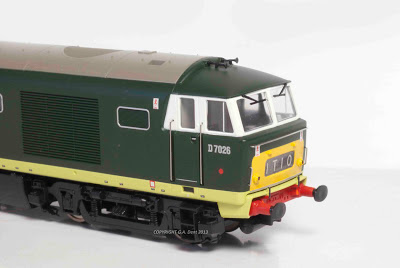