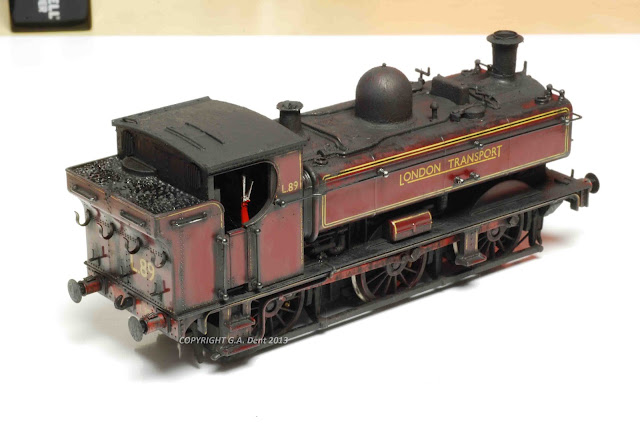 The London Transport 'Pannier tank' project is going full steam ahead, with the detail upgrades (almost) complete. The first weathering steps are also well in hand, having built up the worst of the grime around those parts that the cleaner's oily rag haven't reached.

Jobs still to do include scratch-building a set of 'trip cock' gear and refining the weathering with an airbrush, powders and a spot of dry-brushing. Work has paused, however, as I've just heard that there's a nice set of etched sanding gear operating rods available from RT Models, so I'll be fitting them as soon as they arrive. Being very distinctive features on the top of the footplate on all(?!) 57xx tanks, these will be a handy addition to the model.

RT Models is also due to release a couple of London Transport wagons (a brake van and rail carrier) which makes the prospect of a small LT-themed layout an attractive prospect. Indeed, I was chatting with the MR and Steam Railway chaps the other day about this, with some interesting ideas coming out. Look out for more on LT matters in Model Rail in the near future! 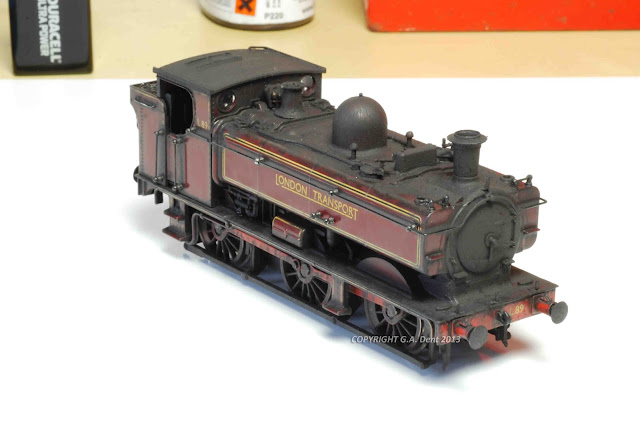