As I mentioned last week, I've been trialling some new detailing kits from PH Designs, aimed at both the Bachmann 'Metalair' and the Hornby/Lima 'depressed centre' PCA wagons. Now the latter wagon has been treated, the two modified wagons make quite a pair. As with the previous kit, the parts were a pleasure to work with and everything does what it's meant to do and fit where they're meant to, so there's really not much effort involved. In fact, the trickiest part was forming the small handholds on the walkway brackets (some fine brass wire is required for the handrails).

Again, as with the Bachmann model, the uplift in realism after adding the new parts is quite dramatic, with a real finesse added after only an hour or two of labour. The new buffers are my own addition, by the way, from Dart Castings as per the rest of my Hornby PCA fleet that I've been working on of late. Still got a few more to do, mind...! 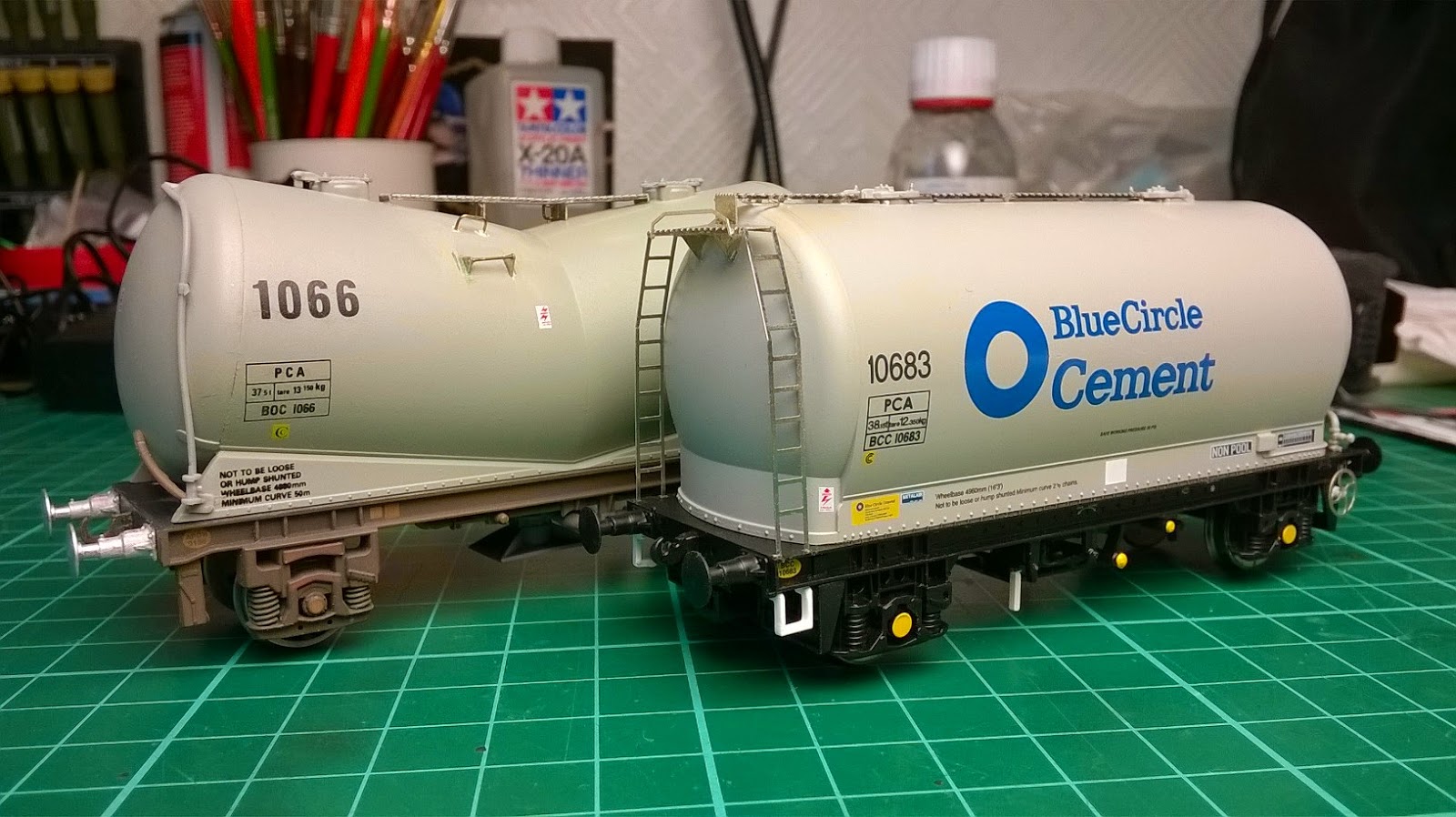 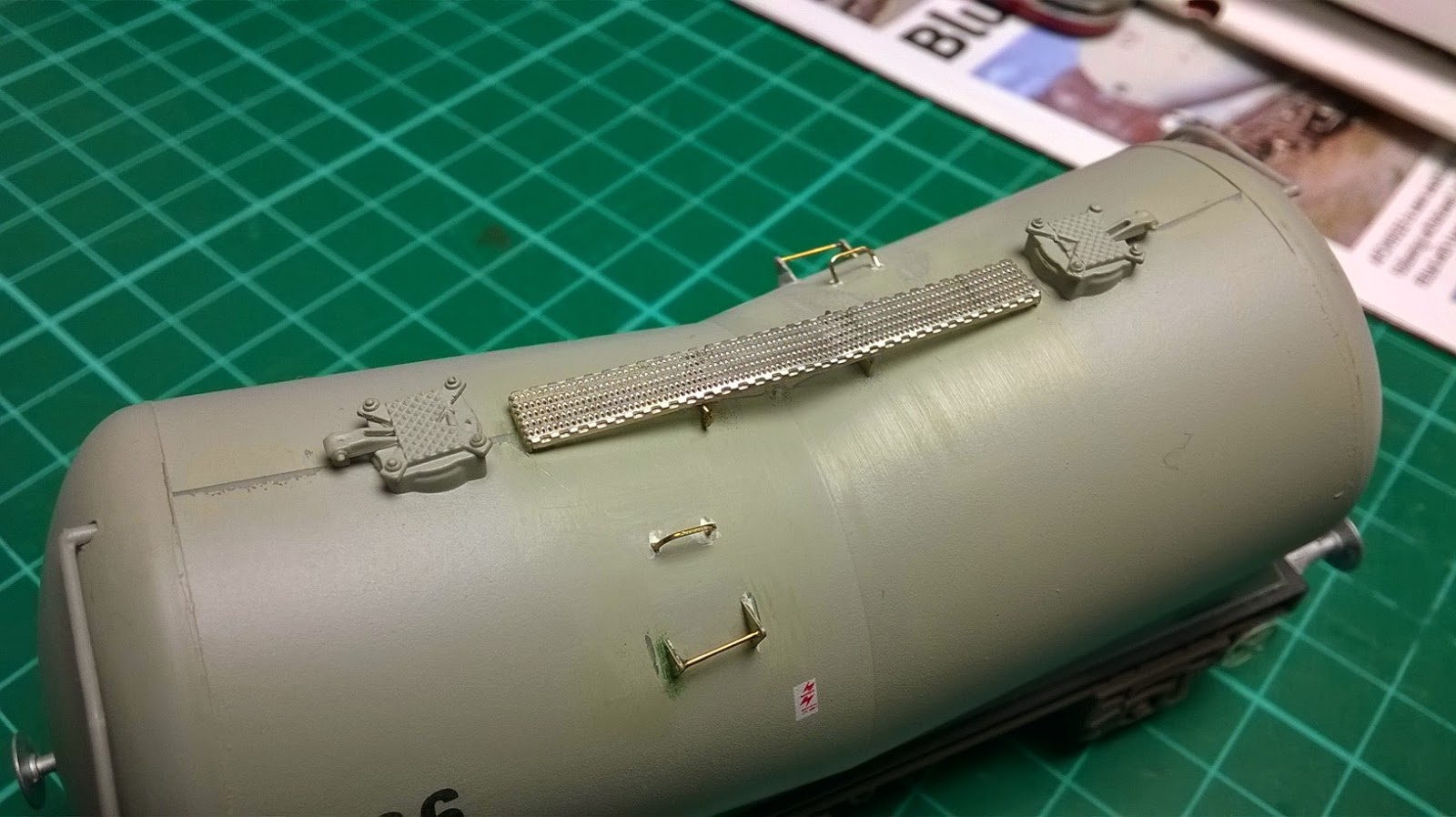