As mentioned a few weeks back, I've been spending the extra time at home to build some non-railway kits. First over the finishing line is this 1:72 IBG Models kit of a Diamond T dumper truck. I've modified it slightly to create a de-mobbed/civilian truck and cut the bonnet parts to pose one side open, revealing the full engine.

It's a superb kit, although the small scale and sheer amount of tiny parts makes it a challenge, but the effort has been worth it. Without an airbrush or compressor at home, I've painted and weathered this mostly by hand, with a Tamiya aerosol providing the pale blue (plus a Mr Surfacer spray primer). I'm really pleased with the results, although I might refine a few elements in due course with a fine mist from an airbrush.

The various rust and scratch marks took an age to achieve with a very fine brush and I'm glad that I opted to open up the bonnet and one of the cab doors, having originally fixed them shut. There's so much fine detail, it's a shame to hide it. Having said that, I'd have preferred to open up the other side of the bonnet, as the left hand side of the engine is more interesting, but I was led by how easily the previously glued parts would come apart and the left side wasn't for moving.

A lesson was learned though.... think harder before gluing bits together! 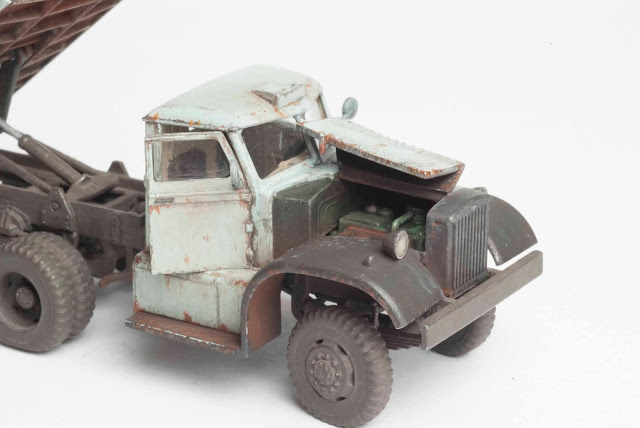 A diorama will have to be created on which to pose this truck, along with a couple of other, similar 1:72 vehicles I have in the pipeline. The idea is to portray this truck as receiving some attention from a fitter, so a couple of suitable figures will also need to be sourced. Next in the build queue, however, is a 1:24 Mercedes 2238 tractor unit. Watch this space... 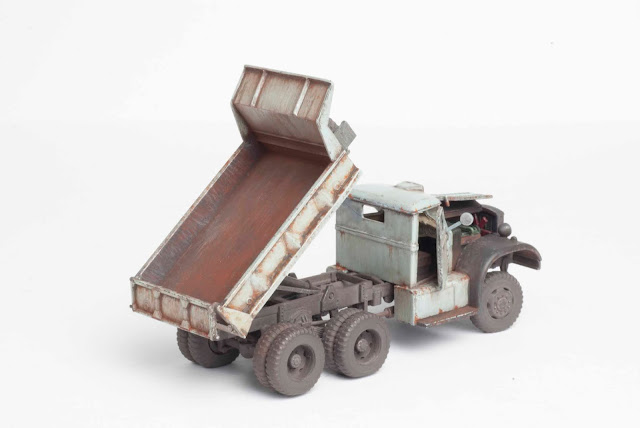