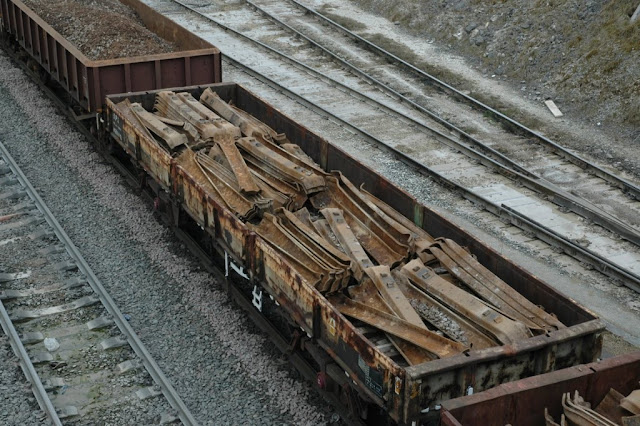 In response to a number of queries related to ‘George’s Modelling Diary’ in Model Rail (MR138), here’s a few more images of the engineers train in question, along with some of my models that were inspired by this field trip. I particularly like the SPA with the concrete sleeper load and the heavily weathered ‘Dutch’ livery.

The train was captured at Peak Forest on Sunday 22 March 2009 at around mid-day and it sat there happily for a while before moving off after a crew change. In all, there was about 40-odd wagons, mostly of spent ballast.

My miniature wagon loads require a light dusting with ‘dirt’ from the airbrush to blend in with the wagon's grubby interior, as well as to soften the bright shades of some of the scatters. However, I’m waiting until I’ve done another few of these wagons (including a Cambrian Kits SPA) so I can treat them all at once. 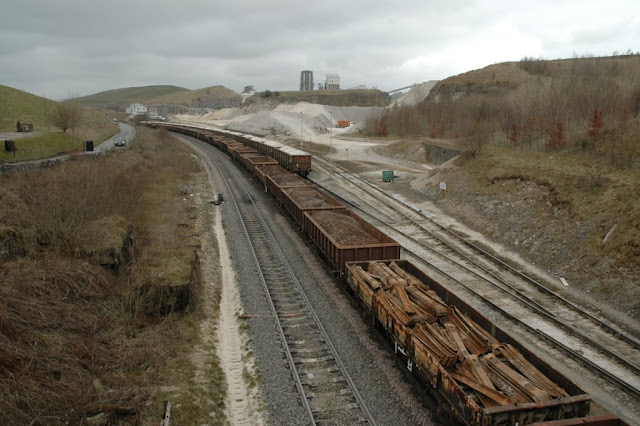 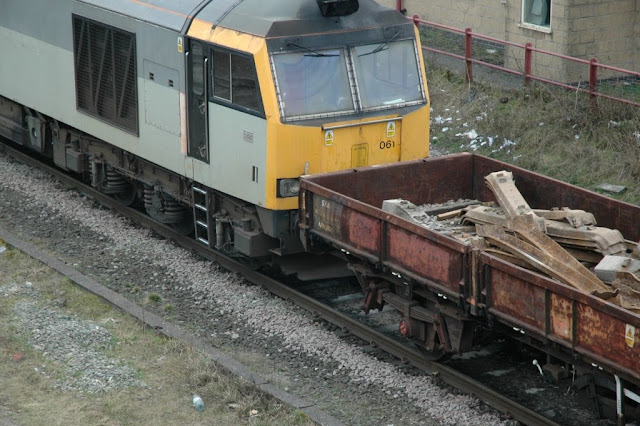 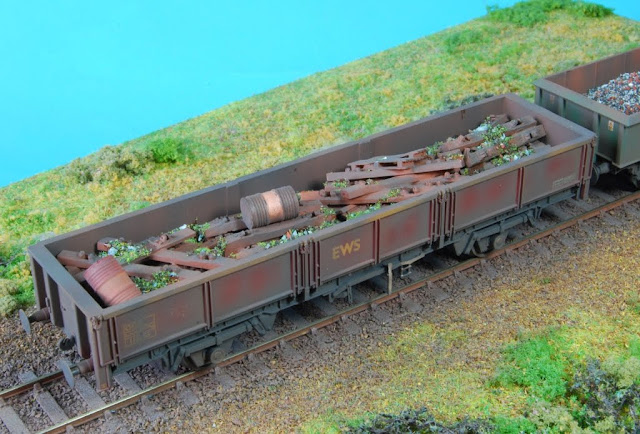 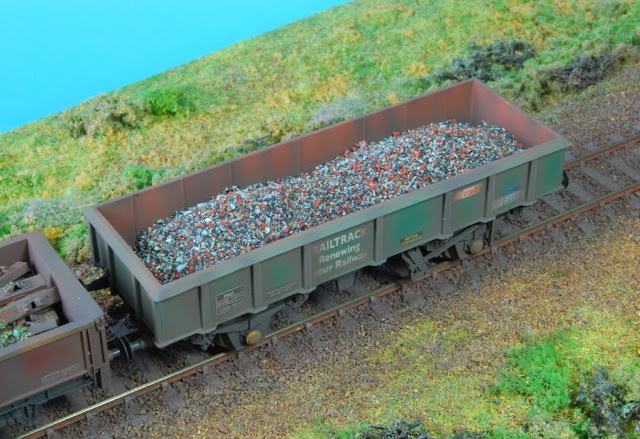