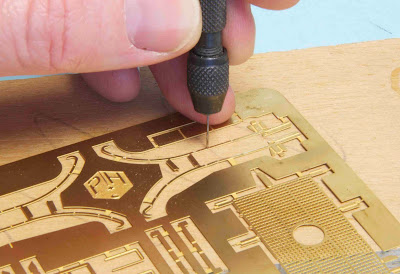 Having failed at the first attempt, I've managed to make a better job of the etched replacement ladders for the Dapol Silver Bullet, from PH Designs. As I explained in the earlier post, a mix of my own impatience and a blunt drill, saw the task end in tears. This time, with a second set of etched parts, I made sure I took my time and bought some new drill bits before making a start.

The etched holes were drilled-out to the correct 0.35mm, with the ladders still on the etch and the brass held firmly onto a block of hardwood; this prevents any distortion. The distinctive brackets at the lower end were also folded and soldered before the parts were cut from the fret. The kit includes a small part that folds up into a useful spacing tool, to keep the sides of the ladders at the correct distance, whilst lengths of 0.3mm brass wire are inserted into the holes and soldered to form the rungs. Snip away the waste as close to the edge as possible and gently file flush when all rungs have been added. It's still easy to damage the ladders at this point, so just take it steady and don't rush it.

Once the ladders have been fitted (soldered to the new walkway at the top and glued to the solebar at the bottom), they're surprisingly strong and will take gentle handling. While I originally thought I'd keep the original Dapol castings, having filed them to a more refined profile, they now look enormous compared to the scale brass replacements - there's really no contest... 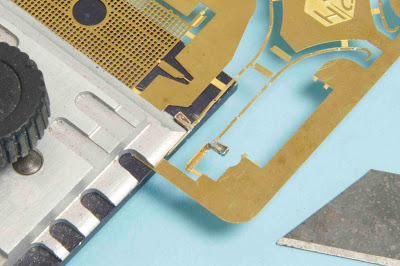 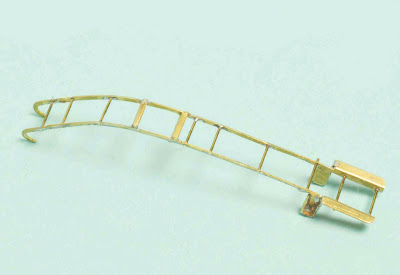 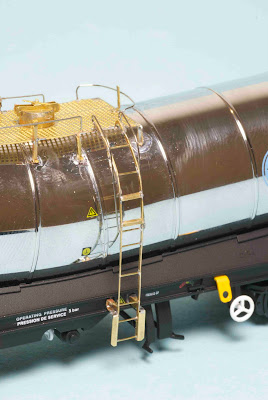